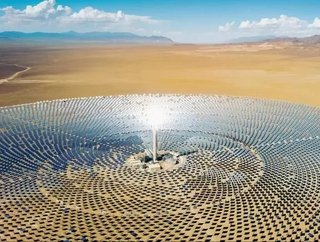 The French energy company, ENGIE, has announced the launch of commercial operations for the 100MW Kathu Solar Park.

The Concentrated Solar Power (CSP) park is one of the largest renewable energy projects in South Africa.

The park was awarded under Round 3.5 of the nation’s Energy Independent Power Producer Procurement Program (REIPPP).

“The completion of Kathu shows our continued commitment to an economic and environmentally friendly development in South Africa,” Isabelle Kocher, CEO of ENGIE.

“Kathu with its molten salt storage design offers a clean solution to overcome the intermittency of renewable energies.”

“We are proud to contribute to the country's renewable energy goals, and look forward to continuing the projects initiated with local communities making Kathu a genuine driver of regional economic development.”

The project will have the capacity to provide energy to 179,000 South Africa homes within the John Taolo Gaetsewe District Municipality in the Northern Cape.

The Kathu Solar Park is also expected to save 6mn tons of CO2 over the next 20 years.