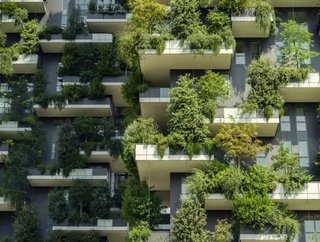 Cities are at the heart of national and global growth. In an increasingly urbanised world, cities are both the source and the solution of many global problems. Not only do urban areas account for over half of the world’s population, but they also generate around 80% of global Gross Domestic Product (GDP). Cities, however, are confronted and challenged to become inclusive, safe, sustainable and: smart. And because of its impact, one could say that the battle for sustainability will be lost or won in cities. Cities play a major role in achieving Sustainable Development Goals (SDGs). They clearly play a role in SDG 11 – sustainable cities and communities – but cities also impacts many other SDGs.

We have a long way to go and little time: cities are becoming more sustainable yet to reach our goals, cities much embrace more and also more radical innovations. Those radical innovations mean moving away from the conventional way of thinking and designing.

Across the globe, we can encounter many inspiring examples of how to redesign our cities, simply by taking this other perspective. Let’s start in the country I was born, the Netherlands, and zoom into the small city of Zwolle. Here, for instance, the plastic road was invented and created. A new modular bicycle path made from recycled plastics. It matches up to the equivalent of 218.000 plastic cups. So you cycle on waste! The road has higher longevity than conventional surfaces, can withstand extreme temperatures and it can be applied to parking lots too. No virgin materials are needed and we have lots of (plastic) waste we need to dispose of.

Hygiene and water are huge challenges in low-income cities, mostly in developing countries. So let us move to Lima, the capital of Peru. An interesting innovation, X-runner, brings an appealing waterless sanitation solution for those who lack access to conventional toilets. With a simple subscription to a pick-up plan, households receive a waterless, resource-separating toilet combined with a weekly service that collects waste directly from the home. Imagine the impact on health in poor slums where people suffer tremendously from diseases due to lack of water, sanitation and hygiene.

Smog and air pollution is a huge problem in many cities like Mexico. The Torre de las Especialidades found a solution by creating a ‘smog-eating’ front for its hospital, absorbing the pollution from the air. The new hospital building in Mexico City is designed to transform air pollutants into harmless chemicals. The building has a facade made up of a new type of tile called “proSolve370e” which, according to its inventors Elegant Embellishments, can neutralise the chemicals produced by 8,750 cars every day.

The city of the future will combine sustainable initiatives with the use of ICT and advanced technologies. Around the 1990s, as the digital revolution came up to speed, it was often assumed digitalisation would mean the death of cities but the opposite is the case. Smart, intelligent cities, that have sustainability at the heart of development, are considered to be a great place to live. Digital innovations can thrive, although they still have too little scale around the world. A great example is to be found in Cambridge, Massachusetts, which we can describe as an internet of pipes.  A team of MIT researchers have developed a system to collect and analyse biochemical information from sewage water, which could be thought of as a ‘smart sewage platform’. The project is called Underworlds and it is being tested at this time.

The line of thinking about smart, sustainable cities is to use everything there is in a city in a smart and multifunctional way. This also implies to ‘simples poles’. The Array of Things (AoT) is an urban sensing project, a network of interactive, modular sensor boxes that will be installed around Chicago to collect real-time data on the city’s environment, infrastructure, and activity for research and public use. AoT will be measuring factors that impact liveability in Chicago such as climate, air quality and noise.

Everywhere around the world we can find pertinent examples like these. Since the world by now has become a global village; we can share all these examples and the knowledge behind them to transform cities into the best sustainable, smart cities they can be.