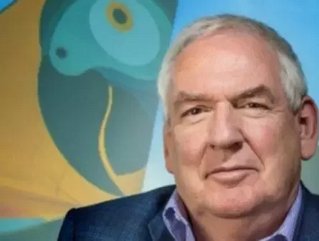 fastjet, Africa’s low cost airline, is restructuring two of its loss-making Fly540 businesses with the objective of increasing shareholder value.

The Fly540 businesses operate on a traditional airline model and not the fastjet low cost model. The company confirmed after it had previously announced that the measures would be taken.

After a detailed evaluation of the potential of Fly540 in both Ghana and Angola, fastjet has concluded that, although these countries present very significant long-term opportunities for the fastjet low cost model, in the short term fastjet intends to fully focus on the considerable potential of opportunities in East and Southern Africa.

As a key part of the restructuring, two group-owned ATR aircraft previously operating in Ghana and Angola have been taken out of service and are currently in the process of being sold.

While a leased aircraft continues to operate in Ghana, the Angolan operation has been temporarily suspended, pending the return to service of two leased aircraft on completion of required maintenance.

Further details on the restructuring of both 540 operations will be announced in due course.

Fastjet interim chairman and Chief Executive Officer, Ed Winter, said: “Management has been carefully considering how best to restructure the Fly540 business which we inherited and this is a highly significant and very positive development in that process.

“We are currently focused on expanding the low cost fastjet network in East and Southern Africa by establishing bases in Zambia, Kenya and South Africa and these plans are progressing well.

“However, our overall vision is to create a pan-African low-cost network and, as such, launching the low cost fastjet model in both Angola and Ghana remains firmly part of the Company’s long-term plans.”