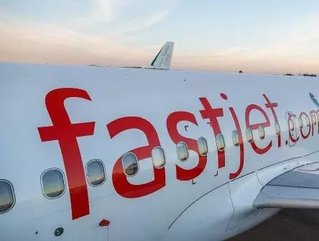 fastjet plc is pleased to announce the appointment of Jimmy Kibati as fastjet General Manager, East Africa. Kibati joins from Kenya Airways where he is currently Acting Commercial Director.

Working alongside the fastjet management team, Kibati will be responsible for leading the airline's expansion in East Africa. He will take up his new position on March 17, 2014 and initially be based in Dar-es-Salaam, overseeing fastjet Tanzania.

Ed Winter, interim Chairman and Chief Executive Officer, said: "I am absolutely delighted that we have recruited such a high calibre airline executive to spearhead fastjet's expansion in East Africa.  Jimmy's vast experience in the East African aviation market will be invaluable as we fulfill our goal of becoming a truly pan-African low cost airline.

"Jimmy's appointment underlines the confidence which fastjet's track record has generated within the industry."

Kibati has more than 20 years' experience in the commercial airline business, having joined Kenya Airways in 1992 immediately following the completion of his studies at Kenyatta University, Nairobi, Kenya.

Kibati left Kenya Airways in 2005 to join the startup carrier Virgin Nigeria, as Head of Network Planning & Commercial Development, was promoted to Director of Commercial Planning in 2008, and finally to Chief Commercial Officer, where he led the re- branding of the airline to Nigerian Eagle.

Rejoining Kenya Airways as Head of Network Planning and Airline Strategy in 2010, Kibati led Project Mawingu, Kenya Airways' 10-Year Strategic plan, and also headed the team that worked on the process that led to Kenya Airways becoming a full member of the Skyteam Alliance in June 2010.

Kibati has been accredited as Kenya Airways' representative in the Skyteam Alliance, the KQ Chair leading the expansion of the KQ/KLM Joint Venture relationship, and the African representative of IATA's Simplifying the Business Steering Committee.

He was also responsible for the government portfolio, where he engaged various regulatory and government authorities to gain market access for Kenya Airways' expansion.

In January 2013, Kibait was appointed Acting Commercial Director of Kenya Airways, where he oversaw the restructuring of the airline's commercial department and drove the execution of the company's commercial and planning strategies, including plans for the B787 Dreamliner and B777-300 fleet's entry into service and new growth plans into Asia and Africa.