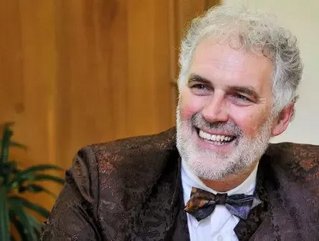 New research shows that Africa is lacking in high-quality managers with the skills and competencies to capitalise on the continent’s economic potential. Part of the problem lies in the type of management that does exist: the continent needs to produce managers that are suited for Africa’s requirements.

The latest research by the African Management Institution (AMI) shows that the continent is severely lacking in managers with the skills to advance its economy.

Director of the University of Cape Town’s Graduate School of Business (GSB), Walter Baets, said:  “Africa is a continent that is going through an economic growth spurt and is brimming with talent but is tragically short of the skills needed to support this.”

The 2012 AMI survey, which drew from 50 in-depth interviews with individuals at 40 organisations across Africa, including employers, educators, thought leaders, training providers and more, showed that in Africa the overall efforts to develop high quality managers are entirely inadequate to meet the opportunities the next few decades will bring.

The report states that more young Africans are pursuing higher education, but too often the quality is low.

To address this, Baets believes that it is the responsibility of business schools to rebalance education in Africa, so that leaders acquire the necessary skills to develop inclusive business, and contribute to human and economic advancement.

He said: “Educational institutions need to question the type of training that is being provided. In confronting the lack of managers at home and in the rest of Africa, the continent needs institutions that take on the responsibility to ensure that we have capable managers who can perform to international standards and managers who are capable of dealing with the unique opportunities and challenges that set Africa apart from the rest of the world.

“ At the same time they need to establish the foundations for a strong economy and the continent’s progress.”.

The appetite for learning in Africa is clearly there. According to Bruce MacDonald who heads the Programme for Management Development at the UCT GSB, a two-week programme that runs twice each year, African delegates on the course have surged in the past decade.

As one of the GSB’s longest running short courses, PMD deliberately changed its focus in 2001 from serving a narrowly South African market, to rather encapsulate the needs of broader Africa. MacDonald says that the development of the sub-Saharan market for the PMD has been an enormously rewarding undertaking.

“We have built PMD into what is surely the most diverse management development programme in Africa. Anything up to 70 percent of the participants in any one group arrived from countries outside of South Africa’s borders.

“Up to 10 different African countries are represented at a time. The opportunity for sharing perspectives, cultural, personal, regional, occupational , is breathtaking.

“The fact that, according to the CIA World Factbook for 2012, there are 34 sub-Saharan countries with GDP growth rates higher than the fastest-growing European country (Norway at 3.1%), suggests that we have been backing a winning horse,” he said.

PMD takes a general management focus, and aims to upskill and equip participants with the appropriate perspective to progress to general management level; to ensure that the programme remains attuned to the needs of delegates in an African business context, the focus is on practical implementation rather than theory formulation.

Presenters are well-qualified practitioners who can present from a perspective of both academic validity and practical on-the-ground experience.

MacDonald said that through this practical approach, which includes a post-course assignment to give delegates the opportunity to demonstrate the value of what they have gained from the programme, delegates report “measurable payback that has been realised far in excess of the cost of the programme – and in some instances provided a return of investment that is so spectacular that it probably beggars belief.”

The ‘Afropolitan’ approach PMD takes is something the GSB strives to uphold in all its programmes, and one that Baets believes African educational institutions need to take to see that the continent reaches its potential.

“We live in a society that yearns for new ideas, and solutions for growing social and environmental problems. It is here that universities contribute most.

“By saying that the GSB is part of an Afropolitan university and being committed to this vision, we have the opportunity to think about its position as an educational institution in the context of global movements and developments; it forces us to ask the tough epistemological questions about the role the university plays in post-colonial society. Africa needs African ways of doing things.”