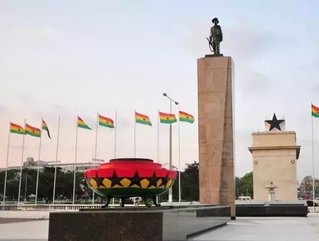 Ghana is on track to cut its fiscal deficit by half this year after a $918 million aid deal with the International Monetary Fund (IMF), Finance Minister Seth Terkper said on Wednesday.

This news follows uncertainty after parliament rejected a key component of the deal that was designed to promote fiscal discipline. The government also suspended a planned five-year $500 million amortising Eurobond issue the next day.

The government delivered a bill to terminate central bank financing of the budget deficit in line with the requirements of the deal. However, on 2 August parliament issued the bill with a change that allowed financing of up to 5 percent.

Ghana’s public debt dropped from 72 percent to 63 percent in late 2015, while consumer inflation fell from 16.7 percent in July to 19 percent in January, Terkper said.

The central bank has predicted that inflation will slow to 8 percent (plus or minus two) by September 2017.

Terkper added, “we are set to halve the deficit from 12 percent in 2012, and we have also started stemming the rate of growth of the public debt”.

Ghana agreed to the assistance programme in order to reduce inflation, the budget deficit and currency instability.

According to Terkper, the debt stock could increase to 65-66 percent of GDP on planned disbursements towards the end of the year but will stay below 70 percent.

Ghana will start pumping oil from a second offshore oil field (Tweneboa-Enyenra-Ntomme or TEN) on Thursday, in addition to its flagship Jubilee production which began in late 2010.