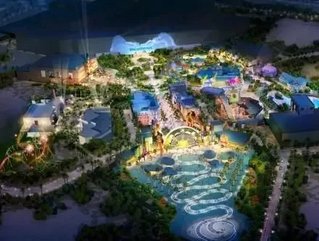 With news that Six Flags is planning to create the world’s biggest rollercoaster in the Middle East, we take a look at some of the UAE’s leading theme parks.

Due to open in October, we featured Dubai Parks & Resorts earlier this year. The site will bring together three separate theme parks - motiongate Dubai, LEGOLAND Dubai and Bollywood Parks Dubai – alongside a water park and the Lapita Hotel. Dubai Parks and Resorts is predicted to be one of the top innovators in the theme park sector.

After a three-year build, Ferrari World Abu Dhabi opened in November 2010. The logo on the roof is the largest ever created – 65m in length and covering an area of 3,000m2. As well as a mixture of rides and attractions, Ferrari World Abu Dhabi also puts on a programme of seasonal events, including exclusive performances by world champion ice skaters, Bollywood dancers, light shows and live DJ sets.

This waterpark in Dubai is one of the city’s most popular attarctions. Located in front of the Burj Al Arab, Wild Wadi offers 30 rides and attractions, themed around the tale of Juha, a character from Arabian folklore.

Located on Yas Island, adjacent to Ferrari World, Yas Waterworld is described as the UAE’s first 'mega waterpark' with 43 rides, slides and attractions. It also has a pearl diving experience that showcases traditional Emirati pearl diving culture, and an interactive treasure hunt game.

Opening at the end of this month, IMG Worlds of Adventure will be the world’s largest indoor theme park, bringing international brands Marvel and Cartoon Network to life. It will also feature IMG Boulevard and Lost Valley - Dinosaur Adventure as well as 28 food outlets and 25 retail outlets.