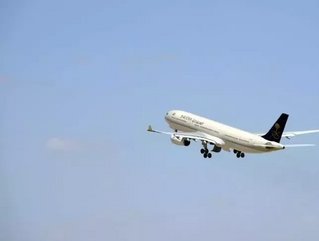 Starting out with a single airliner back in 1945, Saudi Arabian Airlines has grown to one of the world’s leading airlines, with over 30 million guests served by 45,000 employees in 5,000 locations across 100 destinations. And unlike many other airlines, the national carrier operates around the clock.

Codenamed SV2020, the airline has a five-year strategic plan that aims to double the fleet size by 2020, grow the airlines’ market share, re-invent its products and services and increase its margins.  The strategy was formulated and introduced by Director General Engineer Saleh bin Naser Al Jasser - who joined the airlines in late 2014- to transform the company in every sense and to further secure its competitive positon regionally and globally as well. Eng. Al Jasser has started a corporate wide transformation program aimed at turning it from a legacy carrier to a competitive travel provider with second to none products and services.

Pivotal to its place on the global stage is the role of information technology. Muhammad Ali Albakri, the company’s CFO and CIO, has been in charge of an enormous overhaul of its IT division, as he explains: “We have undertaken a huge programme called the IT Masterplan for Saudia, which lasted from 2007 until 2013. During that time we spent in excess of $1 billion upgrading our entire network inside the Kingdom and internationally. We’ve put in a complete new infrastructure in terms of telecommunications, connecting all our offices around the world to our upgraded data centre, our partners’ data centers, and created a disaster recovery centre as well on the other side of the country. We have created a modern IT base and implemented a converged network for data, voice and video, serving all the locations, all the offices, all our operations for the airlines and the other sister companies in Saudia Group as well.” And while all this was taking place it was, of course, paramount that Saudia’s customers received the same fantastic service they were used to. Albakri says: “We replaced about 480 different enterprize application systems and while we put in the new platforms, we needed to maintain the old technology, the old network and the old applications, to continue supporting our business. So it was more like changing the wheel or the tyre on a Formula 1 car while it’s still racing!”