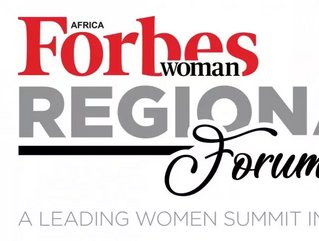 The Regional Forum, in association with Mastercard, will “echo the same fervour and sentiment as the flagship Leading Women Summit but in hosting it for the first time in East Africa” says Renuka Methil, Managing Editor of FORBES AFRICA and FORBES WOMAN AFRICA.

The event will be hosted at the Kigali Serena Hotel on 9th August, coinciding with National Women’s Day. The forum looks to bring 250 powerful women from across East Africa together, enabling guests to come “face-to-face with the women who are at the top of their game in this region”.

Beatrice Cornacchia, Senior Vice President of Marketing and Communications for Mastercard Middle East and Africa has commented on the news, stating Mastercard “are proud to partner with Forbes Africa and believe that this initiative will help to create opportunities for women to reach their greatest potential.”