Ford to Introduce 25 New Vehicles to MEA Region by 2016 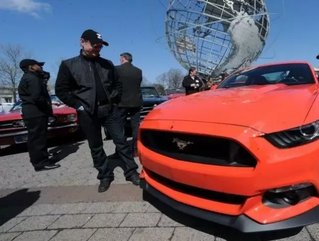 Global carmaker Ford has announced its intention to follow an aggressive product rollout for the Middle East and Africa region by bringing 25 new models to the market.

The iconic American sports car, Mustang, is among the new launches which will also include the rollout of advanced technologies such as EcoBoost engines, SYNC in-car connectivity, inflatable rear seat belts, and other driver assist tools.

Ford made the announcement during a ‘Go Further’ event in Johannesburg, South Africa, which also revealed the expansion of its portfolio with new Focus and Fusion models.

The new Focus will go on sale in the Middle East in 2015 along with the larger Fusion car and Mustang.

It is expected that by 2010 the market will have grown to 5.5 million vehicles, an increase of 40 percent.

The market is certainly there for the Mustang in the region, as the Middle East makes up its second-largest area of sales after the United States.