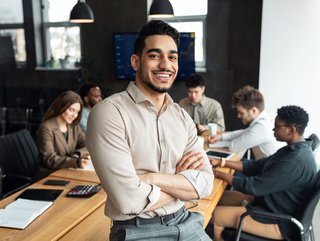 As 60 UK companies gear up to trial a four-day work week next month, and Belgium to introduce it by law, we chart the EMEA countries leading the charge

Next month, thousands of workers at 60 companies across the UK are set to trial a four-day working week, in what is believed to be the largest pilot scheme to take anywhere worldwide.

This trial follows a number of countries and companies worldwide who have either piloted or introduced the four-day working week since the onset of the pandemic.

While Iceland and Sweden were the first country out of the flexibility blocks, beginning a country-wide trial of the four-day work week pre-pandemic, the United Arab Emirates has since become the first country to introduce a shorter working week, announcing in December plans to transition to a four-and-a-half-day week.

The Middle East country will soon be followed by Belgium, which is set to introduce a four-day work week, while pilots are planned for Spain, Scotland, the US, Ireland, Canada, Australia and New Zealand.

Organisations too are increasingly embracing the shorter working week, from Unilever New Zealand and Microsoft Japan, both running pilots, to the UK’s Atom Bank and Spain’s Software Delsol, which have implemented four-day work weeks.

Hailed as the future of employee productivity and work-life balance, something that has become ever more critical since the onset of the pandemic, the four-day week provides a solution to increased employee satisfaction, morale and productivity, say advocates.

Research from Velocity Smart Technology in March found that nearly three-quarters (72%) of office workers in the UK would prefer a four-day working week, and more than half (52%) thought productivity would increase if this were to happen.

According to Mark Mullen, CEO of Atom Bank, which moved to a 4-day working week back in December, a four-day week “will provide our employees with more opportunities to pursue their passions, spend time with their families, and build a healthier work-life balance”.

He believes that it will not only prove beneficial to employees’ wellbeing and happiness, but also have an equally positive impact on business productivity and customer experience.

And with a war on talent and the Great Resignation currently in full swing, providing employees with improved benefits, including greater flexibility and a better balance, is good for business, ensuring organisations attract and retain top talent.

Unveiled in January this year, the UK’s six-month pilot programme will roll out in June where more than 60 companies, from small retailers to corporates, with some 3,000 employees are so far signed up to pilot a shorter week.

Run by researchers at Cambridge and Oxford Universities and Boston College, along with non-profit advocacy groups 4 Day Week Global, the 4 Day Week UK Campaign and the UK think tank Autonomy, the programme will allow employees to work up to 9.5 hours a day, for example, 9am to 6.30pm, so they can condense five days into four and take one day off.

There will be no loss in pay for employees, but instead they will be asked to maintain 100% productivity for 80% of their time.

4-day week – status of other countries in the EMEA region

In December, the UAE made workplace history becoming the first country to transition to a shorter work week, announcing the transition to a four-and-a-half-day work week. This move is designed, said the government, to “boost productivity and improve work-life balance”. While the rules applied to the public sector only, the expectation is that the private sector will follow suit.

Earlier this year, Belgium became the first country to adopt a four-day week under, and second country, after the UAE, to shorten the traditional five-day working week. Under the Belgian system, employees would be able to condense the current five-day week into four days, so still working a 38-hour week, with a day off for compensation.

Scotland to begin trials in 2023

Scotland is set to start a pilot programme in 2023 following a campaign promise made by the ruling Scottish National Party last year, and which is supporting participating firms with €11.8m. Workers will have their hours reduced by 20%, but will be paid the same. Some Scottish businesses have already introduced their own short workweeks, among them the UPAC Group.

Spain to start a trial that will last a year

Following an announcement from Spain’s left-wing party Mas Pais earlier this year that the government had agreed to launch a pilot programme of a four-day working week, a trial phase will take place over one year, although no start date has been confirmed. Up to 6,000 employees from 200 SMEs have the opportunity to join giving employees a four-day week (32 hours) but with full pay.