Four things we can learn from Obama's visit to Kenya 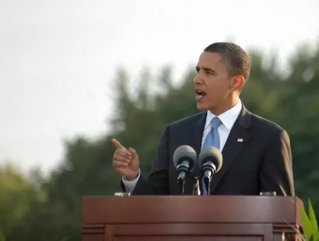 President Obama’s two-day visit to Kenya is not just notable for the fact that he is the first sitting US President to do so but also for the clear message he delivered to the nation.

1. Empower Women
Shortly before the President flew from Kenya to Ethiopia, he addressed a diplomatic gathering at the US Embassy in Nairobi, he said: “Any nation that fails to educate its girls or employ its women and allow them to maximise their potential is doomed to fall behind the global economy. Imagine if you have a team and you don’t let half of the team play, that’s stupid... That makes no sense.”
He added: “Evidence shows that societies that give daughters similar opportunities as their sons are more likely to progress faster... and when they become mothers are more likely to bring up educated children.”

2. Invest in the youth
Addressing a packed sports arena in Nairobi, Obama highlighted that Kenya’s success was inextricably linked to the opportunities available to its youth. He drew on his own experience: “A young, ambitious Kenyan today should not have to do what my grandfather did, and serve a foreign master. You don’t need to do what my father did, and leave your home in order to get a good education and access to opportunity. Because of Kenya’s progress, because of your potential, you can build your future right here, right now.”

3. Recognise equality
The President also used his time in Kenya to put pressure on the administration to combat the discrimination against homosexuals, linking the cause with that of women’s empowerment, addressing Kenya’s President Uhuru Kenyatta at a press conference, he said: “As somebody who has family in Kenya and knows the history of how the country so often is held back because women and girls are not treated fairly, I think those same values apply when it comes to different sexual orientations.”

4. Embrace Human Rights
President Obama, conscious of not offending his hosts, obliquely stated that “there also has to be space for citizens to exercise their rights.” This statement, while fairly non-committal, is also expected to have increased significance when the President makes his tour of Ethiopia over the next few days.