G7 Summit guide: What it is and what leaders hope to achieve 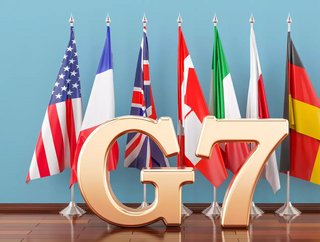 Business Chief delves into what the G7 is and represents and what its 2021 summit hopes to achieve, in terms of sustainability and global trade

Unless you’ve had your head buried in the sand, you’ll have seen the term ‘G7’ plastered all over the Internet this week. We’re going to give you the skinny on exactly what the G7 is and what its purpose on this planet is ─ and whether it’s a good or a bad collaboration.

The Group of Seven, or ‘G7’, may sound like a collective of pirate lords from a certain Disney smash-hit, but in reality, it’s a group of the world’s seven largest “advanced” economies ─ the powerhouses of the world, if you like.

Historically, Russia was a member of the then-called ‘G8’ but found itself excluded after their ever-so-slightly illegal takeover of Crimea back in 2014.

Since 1977, the European Union has also been involved in some capacity with the G7 Summit. The Union is not recognised as an official member, but gradually, as with all Europe-linked affairs, the Union has integrated itself into the conversation and is now included in all political discussions on the annual summit agenda.

When was the ‘G’ formed?

Back in 1975, when the world was reeling from its very first oil shock and the subsequent financial fallout that came with it, the heads of state and government from six of the leading industrial countries had a face-to-face meeting at the Chateau de Rambouillet to discuss the global economy, its trajectory, and what they could do to address the economic turmoil that reared its ugly head throughout the 70s.

Why does the G7 exist?

At this very first summit ─ the ‘G6’ summit ─, the leaders adopted a 15-point communiqué, the Declaration of Rambouillet, and agreed to continuously meet once a year moving forward to address the problems of the day, with a rotating Presidency. One year later, Canada was welcomed into the fold, and the ‘G6’ became seven and has remained so ever since ─ Russia’s inclusion and exclusion not counted.

The group, as previously mentioned, was born in the looming shadow of a financial crisis, but its purpose is more significant than just economics. When leaders from the group meet, they discuss and exchange ideas on a broad range of issues, including injustice around the world, geopolitical matters, security, and sustainability.

It’s worth noting that, while the G7 may be made up of mighty nations, the bloc is an informal one. So, although it is considered an important annual event, declarations made during the summit are not legally binding. That said, they are still very influential and worth taking note of because it indicates the ambitions and outlines the initiatives of these particularly prominent leading nations.

This year, the summit will be held in the United Kingdom deep in the southwest of England, with Prime Minister Boris Johnson hosting his contemporaries in the quaint Cornish resort of Carbis Bay near St Ives in Cornwall.

What will be discussed this year?

After almost two years of remote communication, this will be the first in-person G7 summit since the novel Coronavirus first took hold of the globe, and Britain wants “leaders to seize the opportunity to build back better from coronavirus, uniting to make the future fairer, greener, and more prosperous.”

The three-day summit, running from Friday to Sunday, will see the seven leaders discussing a whole host of shared challenges, ranging from the pandemic and vaccine development and distribution to the ongoing global fight against climate change through the implementation of sustainable norms and values.

According to the UK government, the attendees will also be taking a look at “ensuring that people everywhere can benefit from open trade, technological change, and scientific discovery.”