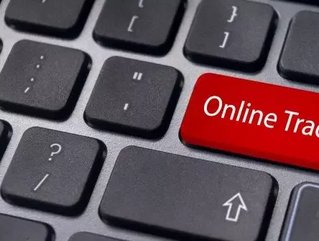 Online clearance marketplace, Going.co.za, has made its first move to consolidate the fragmented online space by buying Diligo.co.za for an undisclosed sum.

The purchase comes at a time when Going is strategically focusing on growing a customer base that is now demanding wholesale opportunities.

“There is a convergence of B2B and B2C when it comes to sales and we are looking at more acquisitions to bolster our customer bases,” said Going Managing Director, Neville Bear.

Going.co.za, launched in July of 2013, achieved exceptional growth in the first few months of trading and this strategic move follows a growing demand from customers seeking bargains in the form of excess stock, returned inventory, aged ranges and liquidation stock.

Diligo, founded in 2010 by Lauren Graham and Kimberley Wood, will now operate under the Going name where users will have access to lifestyle products at up to 70 percent off current retail prices.

Graham said: “It's an exciting time in the ecommerce space and after working with the Going team, I'm confident our customers are in good hands. I have no doubt Going will continue to offer users exceptional deals, in multiple categories, and continue to provide great service and delivery with their extensive logistics and sourcing experience.’’

Although primarily focused on the B2B market, this purchase shows Going’s intention to simultaneously build an offering selling excess brand name goods to cost conscious consumers who have been unable to get access to wholesalers.

The investment comes as a recent MasterCard Worldwide Online Shopping Survey showed significant increase in online shopping among South Africans, with 58 percent of respondents saying that they now use the Internet for online shopping.

Greenberg said more ecommerce players will come on the market because they are finding themselves in a place where they have grown large customer databases but are not profitable.

“This no man’s land will be a challenge for ecommerce finding scale,” Greenberg said. “We saw the same thing in Australia and the United Kingdom, three years ago, where there was a proliferation of ecommerce spending big money building loyal customer following but as private equity funds dried up the lack of profitability caused a speedy market consolidation.

“The smaller players struggled to find momentum and either closed down or sold out to the bigger ones.”

Greenberg said his various acquisitions, including those in Australia and South Africa, are as much about the talent as they are for the companies’ infrastructure and customer bases.

“Acquisitions for talent are common in the tech space, Google does it often and it will happen more in South Africa, especially as the number of ecommerce sites grow.”