How can the Middle East experience be applied to African power projects? 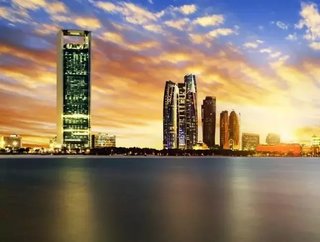 Over the last decade, Africa has, for the most part, demonstrated resilient economic performance. But, sustainable and affordable energy development has not kept pace with economic growth. With the rising demand for power, Africa could witness a continuing infrastructure gap which represents a genuine risk to its growth.

According to the World Bank, 25 of the 54 African countries are in an energy crisis. In Sub-Saharan Africa, only seven countries have access rates greater than 50 percent, meaning more than 600 million people (approximately two-thirds of the continent's population) lack access to electricity. African governments have responded with conventional and renewable energy investment growth initiatives. These include an opening of markets to private investors the adoption of regulations to enhance transparency and legal certainty, and feed-in tariff schemes to promote the deployment of renewables.

Clearly one model will not fit all and the variety and complexity of economic and political considerations across the African continent cannot be underestimated. Drawing on the Middle Eastern experience can make a vital contribution to the successful development of power projects in Africa. Project participants should feel confident that, with the establishment of a process which follows generally accepted procurement standards, Africa will continue to represent a significant and exciting opportunity for the power project market.

What lessons can be applied in Africa based on the Middle East experience?

The Middle East experience demonstrates the benefit of having a clear and consistent independent regulatory regime built to respect political realities and facilitate private investment and ensure fair regulatory oversight for both the public and private sectors.

For example, in 1998, Abu Dhabi issued comprehensive legislative framework, governing its power and water sectors, including a coherent regulatory regime, the provision of guidelines for the development of IPPs and IWPPs and critically, the establishment of an independent regulator.

A thorough, transparent procurement process is essential to encourage market participation.  Project procurement should be by reference to specific non-discriminatory criteria and open to appropriate public scrutiny. For example, the opening of financial bids should be on the bid submission date and should take place in public.

A well-structured and consistent contractual template

It is also important for projects to be well-structured and follow a contractual template that delivers bankable projects while not requiring extensive reworking for each new development. In the Middle East, the legal contractual matrix, with the power purchase agreement (PPA) at its heart, has rigidly followed precedent through the IPPs and IWPPs across the region, regardless of changes in market conditions.

Bankability: Stability and strength of supply and off-take arrangements

In particular, the key to the success of any IPP is ensuring there is a bankable contractual structure.  The PPA should ensure a source of revenue over a tenor which is sufficient to ensure the repayment of the project finance loan and provide a return to investors.  In this respect the careful selection of creditworthy counterparties is one of a number of critical factors which will determine the bankability of the project. Similarly, the adequacy of the fuel supply arrangements, preferably by way of a fixed price long-term supply agreement, is a key factor in determining bankability.

RELATED: Dubai to provide African countries with access to international trade and investment

Where the creditworthiness of an offtaker presents a concern, a higher level of government support is typically required.

The tariff that the power producer can charge for the power it generates is fundamental to the bankability and ultimate success of a project. When setting a tariff, consideration should be given to realistic and comprehensive calculations of the costs of generating power and to the price which end-users are paying for the power.

In Abu Dhabi, payments by ADWEC to power producers have followed a take-or-pay structure comprising a capacity payment and an output payment. ADWEC also takes the fuel supply risk by paying fuel suppliers directly for the fuel consumed by the power producers.

Make use of the multitude of financing sources

Projects in the Middle East were able to mobilise and leverage all possible financing resources, from domestic capabilities to multilateral partners. These have included export credit agencies, multilateral financing institutions, development finance institutions and political risk insurance providers. All these sources are likely to be vital for the development of projects in Africa as well.

This article features in the April issue of African Business Review.