Imagining a future without electricity shortages 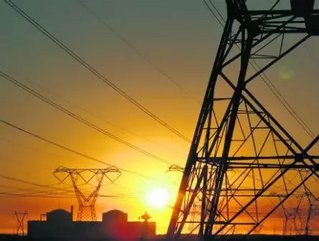 As the country hunkers down for two weeks of severe electricity shortages due to Eskom’s aging infrastructure and compromised energy planning, a new vision for a future where such things do not happen was flighted  in Cape Town.

South Africa 2035, a 10-minute animated film produced by the Cambridge Programme for Sustainability Leadership (CPSL), paints a picture of an alternative future – one where a Kilowatt hour of electricity costs just 10c even while carbon is taxed at R700 a ton.

In this future South Africa, the gap between rich and poor has also been narrowed, political and corporate power has been devolved and smart investments in education and renewable technologies have ensured a more equitable and prosperous life for all.

The film is inspired by the ideas of development economist Anton Cartwright and the late Peet du Plooy of the government think tank Trade & Investment Policies and Strategies (TIPS).

It is based on a live-format discussion about a future with carbon taxes, which took place at a side event of COP 17 in Durban in December 2011.

Peter Willis, South African Director of CPSL said that they decided to produce the film, partly as a tribute to Du Plooy, who was tragically murdered earlier this year, and partly to inspire people to think more broadly about the kind of future they want to move towards.

“Otto Sharmer in his book Theory U: Leading from the Emerging Future, suggests we now need leaders who will allow their actions to be guided (and informed) by the future that wants to emerge,” said Willis.

“This video captures the essence of a remarkably creative dialogue between Anton and Peet, where they ‘visited’ us from 2035 to tell us how things were working out in South Africa then, and sketched the path we took to get there.

“It made us all realise how seldom we apply our minds to imagining the future we want to live in, and how productive and encouraging it can be when we do.”

The film proposes, for instance, an extractive tax, which taxes industry for taking anything out of the ground for the first time, forcing them to think more about recycling and renewables.

It moots the “green gold fund” a commercially managed sovereign fund to invest carbon tax money in rapidly growing global green technology companies, the proceeds of which are then spent on education and basic services to improve the lives of all South Africans.

“Electricity crises such as we are experiencing now, like rising global temperatures, are symptoms of a system that is not working,” said Willis.

“Over the coming years we have to rethink and redesign the way we do pretty much everything.

“That makes for a fascinating time, bursting with opportunities. What’s missing, we feel, is a compass bearing on what kind of plausible future we want to create through all that re-design. That’s the work of foresight, grounded in everything we know about how the world actually functions.”

The film is available on you tube: http://www.youtube.com/user/CambridgeCPSL