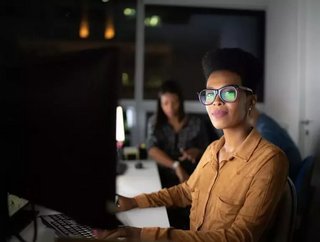 Business Chief speaks with Dr. Anino Emuwa founder of Avandis Consulting and Tamara Haasen, Chief of Staff at IOHK, to discuss diversity and inclusion in Africa.

“Like the rest of the world, diversity and inclusion in Africa remains a challenge,” comments Dr Anino Emuwa. “The World Economic Forum’s Gender Gap report, which measures the gap across four dimensions - economic participation and opportunity, educational attainment, health and survival, and political empowerment - estimates that at the current pace it will take 99.5 years, for the world to achieve parity  based on a study of 153 countries. Breaking this down regionally, for sub Saharan Africa it will take 95 years, 140 years for Middle East and North Africa compared with Western Europe at 54 years. Clearly a lot of work needs to be done.” Dr. Emuwa, sees divergence across Africa’s 55 nations in attempts to close this gap. She says , “there is a wide disparity within Africa at the moment, particular concerns are the Gambia, Mali, Togo, Mauritania, Ivory Coast, Egypt, Chad and the Democratic Republic of Congo. However, on a positive side the continent is moving in the right direction with three African countries - Rwanda, Namibia and South Africa - among the top 20 countries for gender parity.” Agreeing with Dr. Emuwa, Tamara Haasen, Chief of Staff at IOHK, sees widespread gender disparities in African industries. In particular, “ in Ethiopia there are nine male engineers for every one female,” says Hassen, who adds that it is important that as industries grow, they draw on the full array of skills available to them across the whole population.

Although parity is still some way from being achieved within Africa, the continent has made some great strides when it comes to workforce participation “in particular at boardroom level the continent leads the world with a 25% female representation,” adds Dr. Emuwa. “Specifically within the banking industry Nigeria is an interesting one where out of the two dozen commercial banks, four have female chairs - First Bank, GT Bank, Access Bank and Union Bank (Acting chair). In the US, the first, and only female chair of a major bank, Wells Fargo, was appointed just three years ago in 2017, and the UK is yet to appoint a woman to lead the board of its high street banks.” Dr. Emuwa notes that the success of diversity on the boards of banks in Nigeria should be credited to the former Central Bank Governor who encouraged financial institutions to appoint female directors and monitored the success of the banks annually. “Men need to empower women in business,” adds Haasen, who like Dr. Emuwa, is seeing a rise in male leaders seeing the value of female participation. “This encouragement from men has produced two positive outcomes. Banks have begun to appoint women in the position of chair, which has sparked other industries to diversify their boards too. In this instance, the policy maker actions created a culture in the corporate world where boards are seeking qualified female candidates,” continues Dr. Emuwa.

Reflecting on the continent’s evolution when it comes to diversity and inclusion, Dr. Emuwa highlights the main barriers within the region. “According to McKinsey’s research – the main global barriers are cultural and societal. These include: unconscious bias, workplace environments that are not conducive to women’s needs and progression, lack of sponsorship for women, self-limiting mindsets, discrimination and a lack of family friendly policies. But perhaps the biggest issue in diversity and inclusion in Africa relates to the lower level of integration of women into the formal workforce.  Education barriers such as literacy rates being higher for men and a lack of childcare options are contributing to women often leaving the formal workforce.” Haasen also adds that one of the main barriers to women’s inclusion in Africa that she has seen is a lack of financial inclusion. “Currently in Africa men are more likely than women to have a bank account,” comments Haasen.

To combat these challenges, Dr. Emuwa sees the African Union playing a vital role in achieving gender parity. “The African Union, the body of Africa’s 55 member states, has outlined Agenda 2063 a mastermind for transforming the continent with one of its key pillars being gender diversity.” In addition to the African Union, Dr. Emuwa explains that a key driver in the future for the region will be the Africa Continental Free Trade Agreement which will make Africa the largest free trade zone in the world by number of countries. However, although these factors can help to inspire change it “ultimately lies with the political and business leadership of individual countries to create change and policies to balance the workforce,” comments Dr. Emuwa.

With this in mind, to increase diversity within her own workforce, Dr. Emuwa details how Avandis Consulting is contributing to gender equality. “Avandis Consulting is a female founded and female led business. Importantly we subscribe to the United Nations Sustainable Development Goals, in particular target 5.5 - driving equality in leadership - and we offer a range of services to women entrepreneurs and CEOs. Rather than decrying the lack of women in top leadership roles, we believe in spotlighting the many women - not just public figures - that are in leadership positions as founders, CEOs, heads of impact driven organisations;  and create pathways to access the top leadership positions through networks and leadership development. Women are making change and they need to be able to share their stories in order to be role models that inspire other women and motivate organisations to diversify their workforce all the way through to the top.”

Dr. Emuwa believes that the best strategy to achieve a diverse culture is through education and inclusion. “We often look at diversity, but overlook inclusion,” notes Dr. Emuwa. “The workplace is changing rapidly. Right now, we are struggling to correct a system that has its roots in the industrial age. We need to focus on creating more diverse and inclusive environments for the future of work. And that means involving women in new technologies of AI, blockchain, fintech as well as in innovation and entrepreneurship. As new companies are being created, we need to create more conducive environments for women, and for men. It’s time for the obvious lapses to be addressed.” Agreeing with Dr. Emuwa, Haasen believes that “Blockchain has the potential to improve financial inclusion in Africa, allowing both urban and rural users to pay remotely for a variety of services, from healthcare to utilities, using smartphones. In the future, blockchain could allow secure sharing and verification of everything from educational qualifications to medical records, opening up investment, insurance and employment opportunities for millions of people currently living off the banking grid.”