Kenya's business sentiment has risen - what does this entail? 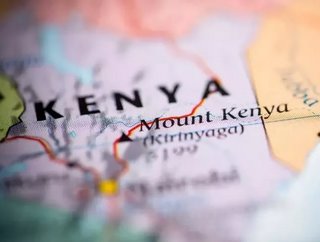 The Standard Chartered MNI Business Sentiment Indicator (BSI) shows that business sentiment for Kenya rose significantly in September – from 63.7 to 58.7.  What does this mean for Kenya? How were these statistics produced? We break down Standard Chartered’s report to bring you the key facts.

Kenyan firms reported a pick-up in business activity with the Overall Business Conditions indicator rising 15.9 percent in September to 76, its highest level since December 2014.

Surge in demand, production and employment

3 of the 5 components that make up the headline indicator posted gains. Businesses reported a strong surge in demand as new orders rose by 16.7 percent month on month to a 2016 high of 76. Production and employment indicators also increased. Together, these three indicators contribute 75 percent of the headline BSI print.

Inventory levels of Kenyan businesses reached a series low in September, falling 39.4 percent from August. New orders are likely to remain strong in Q4-2016 as the festive season approaches. With inventory levels falling, companies have begun to increase output and intend to expand productive capacity in the next quarter.

The Kenyan BSI hints at increased inflationary pressures. Companies surveyed reported paying higher prices for inputs in September as compared to August as the input prices component reached its highest level since October 2015. This likely reflects the lagged impact of successive fuel price hikes in July and August. The prices received component, an indicator of the ability of businesses to pass on higher prices to customers, also increased.

Kenyan firms still expect the rates they pay on their loans to fall given the implementation of legislation to cap interest rates in mid-September. Future expectations for the interest rates paid component fell to a series low in September.

Despite the expectation of higher inflation, Standard Chartered project a further 50bps policy rate cut by the Central Bank of Kenya at its November policy meeting. In anticipation of loan rate limits, which took effect in September, private-sector credit growth had already slowed meaningfully to single digits.