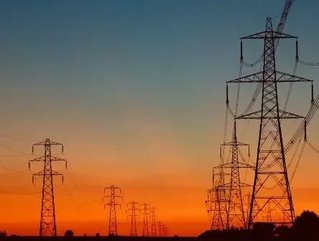 Amid ongoing challenges in South Africa power delivery, key players in the sector say the time has come for reviews of the infrastructure management and revenue models.

This emerged at a round table brainstorming session held in Sandton, where stakeholders debated the challenges and opportunities in the power generation and distribution sectors, ahead of the POWER-GEN Africa and DistribuTECH Africa 2014 conferences and exhibition, to be staged in Cape Town in March 2014. The events will be staged by global events organiser PennWell.

In response to the notion from the participants that the pricing regime and revenue models needed to be reconsidered, Willie de Beer, Chairman of the DistribuTECH Africa Advisory Board agreed with this view.

He said: “The days of the classical Kilowatt hour business are over.  Reselling power for a set margin is no longer enough – the sector needs to look to new revenue streams, and leverage technology to encourage amongst others customer engagement and energy efficiency in ways that ease the pressures on the national grid.”

De Beer said the industry was challenged by an ageing infrastructure and an ageing workforce, with serious gaps in asset management and performance management. South Africa’s Integrated Energy Plan presented an ideal opportunity to revisit existing strategies, operating regimes and models and to develop a model that supports growth and sustainability.

His views were echoed by Shahid Qadri of Black & Veatch, who said a ‘resetting of equilibrium’ was needed on the financing of power. “We need to reopen the debate on funding and revenue models,” he said.

“It’s a critical decision time for Eskom,” he said. “We have to assess: do we shut down plants as they reach their design life, or do we undertake life extension projects?”

On the question of renewable and alternative energy sources, Moyo said that over a thousand applications on renewable energy projects had been under consideration as part of a program to replace coal-based generation, “but it’s a balancing act in terms of price.”

Moyo noted that the country had been too ‘short term focused’ in the past, and that the time had come for longer term planning. Eskom recently applied for a five-year tariff determination aimed at providing some certainty over prices.

“It is better to bite the bullet if you must, and work through short term challenges in the interest of meeting long term goals,” he said.

Moyo said the POWER-GEN Africa and DistribuTECH Africa 2014 events would present an opportunity for knowledge sharing and growth.

“Eskom has extensive skills in areas such as long distance power transmission and rural electrification, having electrified over four million rural households since the early 1990s. However, we are seeking knowledge on issues such as grid modernisation, high voltage direct current and ultra-high voltage infrastructure,” he said.

Participants in the round table also noted that an ageing workforce and lack of skills development posed a threat to the future growth of the sector.

Dieter Krueger, a representative of the South African Association of Energy Services Companies SAAEs said there was a serious lack of suitably qualified electrical engineering professionals in South Africa. “We need to address this challenge from school level,” he said.

Nigel Blackaby, PennWell Events Director, noted that in POWER-GEN events around the world, utilities had highlighted similar challenges and opportunities: notably a surge in demand and growing interest in renewable energy.

“The discussions and ideas that emerged from the roundtable event will be developed in more depth at the conference in March, which will also address issues facing the power industry across Africa,” said Blackaby.

POWER-GEN Africa and DistribuTECH Africa will be co-located at the Cape Town International Convention Centre from 17 - 19 March 2014, attracting industry experts and power industry professionals from across Africa and abroad.

For more information about attending POWER-GEN Africa conference and exhibition, visit www.powergenafrica.com, or to find out more about DistribuTECH Africa please visit www.distributechafrica.com.