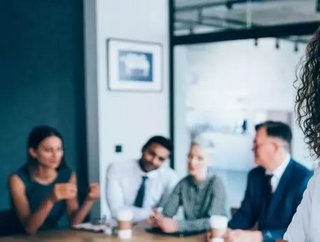 Why the pandemic is paving the way for improved communications and could also be a potential equaliser for gender equality, reports KPMG...

While there has been much discussion about the pandemic having a disproportionate effect on women in the workplace, the outlook appears a bit more positive with female leaders spotting a number of silver linings in the COVID-19 crisis, according to research by KPMG.

Among these possible silver linings, female leaders see the pandemic as a potential equalizer for a more inclusive workforce, cite making a positive impact on the world as their top motivator, are embracing digital like never before, and are having improved communications with employees.

According to KPMG’s Global Female Leaders Outlook COVID-19 Special Edition, which secured insight from 700 female leaders across 52 countries, 62% of global female leaders agree that remote working has caused their company to make significant changes to policy, and in a positive way for female employees.

“While it’s true that the crisis is having a disproportional effect on women, it also appears that the pandemic may prove to be a catalyst for gender equality over the mid to long term,” said Angelika Huber-Strasser, Head of Corporates, KPMG in Germany. “According to our respondents, the crisis may ultimately create new opportunities for women as a result of improved digital communication, advances in technology and changes in stakeholder expectations.”

According to Nhlamu Diomu, KPMG’s Global Head of People, an environment where talent risk remains a top priority for CEOs, “being inclusive will have a significant positive influence on the success of companies and economies alike”.

Diomu points out that it is the leaders who are able to drive flexibility, build inclusive cultures and embed a purpose-led, values-driven environment in the post-pandemic world who “will be more attractive to top female talent”.

In fact, the topical issue of gender equality along with climate change are those that female leaders feel the most pressure from their stakeholders to act upon, with 42% believing that measures their company has taken recently to fight discrimination and racism have been powerful and nearly half (48%) admitting that their response to the pandemic has caused their focus to shift towards sustainability.

The most important change to come from the crisis, according to female leaders, is the proliferation and increased use of digital communication and collaboration tools with more than half (58%) of female managers believing their personal communication with employees has improved during the crisis.

Alongside this, the digital transformation that has ensued due to enforced remote working has delivered a growing talent pool, which many female leaders see as a catalyst for gender equality.