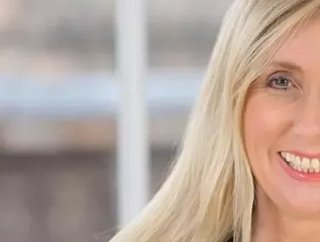 Seasoned banker and executive Debbie Crosbie has been tapped by Nationwide Building Society as its new CEO, marking the first time the 175-year financial institution has been led by a woman.

This isn’t the first time Crosbie has broken the glass ceiling, however, having been the first female executive to sign Scottish banknotes in 2015.

Crosbie, 51, was selected by Nationwide’s board following a rigorous selection process, and is set to take the helm of Nationwide, the UK’s second-biggest mortgage lender in the UK, in the first half of 2022.

She is set to replace Joe Garner, CEO for six years, who announced he was stepping down in September 2020. Under Garner, Nationwide member numbers grew by two million to 16 million.

Why Crosbie is the right choice to lead Nationwide

In particular, she has extensive experience in leading turnaround strategies and digital transformations. While COO and acting CEO of CYBG, she led the preparation for the bank’s demerger from National Australia Bank and its subsequent IPO. She was also instrumental in the development of the bank’s new operating platform following its stock market debut and managed the migration of two million customers to the new entity.

More crucially, she is credited with turning around troubled bank TSB after leading a comprehensive restructuring during her tenure as CEO. Joining in May 2019, in the wake of the bank’s IT meltdown, Crosbie managed to successfully bring TSB back from the red.

Her three-year growth strategy to streamline the challenger bank’s operations led to investment in digital services and the cutting of costs by closing branches. Under her helm, TSB reported a pre-tax profit of £110m this year, compared to its £152m loss last year.

According to Kevin Parry, incoming chairman of Nationwide, Crosbie brings “significant banking experience combined with deep operational and technological knowledge”, which he says are core skills needed to run a modern building society.

How did Debbie Crosbie get there?

Born and raised in Glasgow, Crosbie studied industrial relations at the University of Strathclyde, before cutting her financial teeth at Prudential on its graduate training programme.

She then joined Clydesdale Bank in 1997, as project manager, and spent the next 22 years here, rising to COO in 2015 and being appointed interim CEO of Clydesdale Bank prior to its demerger. In 2017, she was invited to provide evidence to Parliament’s inquiry into Women in the Workplace.

In 2018, Crosbie was poached by TSB, beginning as CEO in May 2019 where she took the helm of the bank, becoming one of the most senior women in UK banking.

She is a fellow of the Chartered Institute of Bankers and a member of the Glasgow Economic Leadership Forum and is vice-chair of the Scottish CBI.

As the new CEO, Crosbie is tasked with leading the Society in its next phase of growth and will “work with its members and colleagues to make it the leading retail financial services provider in the UK”, says Crosbie.

She does however join the building society at a time when it is in excellent health.

Not only have Nationwide member numbers grown by two million to 16 million over the last five years, but the building society managed to double its profits to £853m in the six months to the end of September 2021.

“The growth in our membership coupled with our superior service and underpinned by our financial strength is a solid foundation to continue growing the Society and ensuring we are ready to meet the future needs of our members,” says Nationwide chairman David Roberts.