Meet the CEO: Why Jonathan Akeroyd is bossing luxury goods 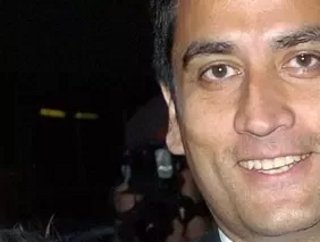 Having held the top executive role in two of the world’s leading luxury fashion houses, British brand Alexander McQueen and Milan-based Gianni Versace, it would be reasonable to assume that Jonathan Akeroyd was done ‘bossing’ the world’s most glamorous industry.

But Akeroyd is not yet ready to hang up his designer shoes. Instead, the 54-year-old Brit, who is credited with turning around the fortunes of Alexander McQueen, has set his sartorial sights on a new business challenge, and a new luxury label.

Akeroyd has been appointed the new CEO and executive director of iconic British brand Burberry and will join April 1, 2022.

Akeroyd to return to London, and to Burberry

Akeroyd is looking forward to returning to London – which is both his home, where he was born and was educated, and also where he first built his career in luxury goods.

Beginning his working life at Harrods in the 80s, over a period of 15 years, Akeroyd rose through the ranks of luxury retail, becoming merchandising director.

“I am looking forward to returning to London where I first built my career with ambitious plans for the future,” Akeroyd said of his move to Burberry.

Akeroyd has big boots to fill. Current Burberry CEO Marco Gobbetti, who is leaving to head up luxury goods group Salvatore Ferragamo, has been dubbed the ‘turnaround tsar’ for Burberry, having navigated the brand skilfully through the turbulence of the last 20 months, returning its sales to pre-pandemic levels.

Three years into a turnaround strategy to boost its luxury positioning with higher price points and fewer markdowns, Burberry is betting on its storied heritage and luxury British attitude to accelerate its growth, a vision that London-born Akeroyd shares.

“I have long admired Burberry’s position as the most iconic British luxury brand, and I have a deep affection for its storied history,” he said in a statement. So, is Akeroyd the right choice to take Burberry to even greater and more luxurious heights?

With more than three decades of experience in fashion business under his highly stylish belt, and 17 years serving as chief executive for two of the world’s leading luxury goods brands, Akeroyd is arguably one of the most sought-after business minds in fashion.

Not only does he have a proven track record in building global brands through expansion and collaboration, but he is industry renowned for his ability to intelligently steer growth – even through the most turbulent of times – and drive strategic development.

According to Burberry chairman Gerry Murphy, Akeroyd is an “experienced leader with a strong track record in building global luxury fashion brands and driving profitable growth”.

Following 15 successful years as merchandising director with Harrods, in 2004, Akeroyd was tapped by French luxury group Kering – which owns some of the world’s most luxurious fashion houses, including Gucci, Saint Laurent, Balenciaga and Bottega Veneta – to take the helm at Alexander McQueen.

Akeroyd served as chief executive for 12 years, during which time he led a turnaround of the brand, helping it to break even within the first three years of his role as CEO.

In fact, it was under Akeroyd’s leadership that Alexander McQueen had its most profitable results, driven by the brand’s expansion into accessories with the more affordable McQ diffusion line in 2006, and its strategic partnership with P&G Prestige to develop fragrances under the Alexander McQueen label, in 2013.

Akeroyd is further credited with laying the foundation for the brand’s global expansion and driving its extensive global store rollout with a flurry of flagships launched in the US (Miami and San Francisco) and Asia (Beijing, Shanghai, Hong Kong).

Not to mention his success at steering the brand through its most turbulent period, in the aftermath of the death of the brand’s eponymous founder, in 2010, successfully appointing Sarah Bruton as creative director.

With such success at Alexander McQueen, it’s little wonder that in 2016, the then financially struggling Gianni Versace would tap Akeroyd as its next business boss, naming him CEO in June 2016.

During his five-year tenure with the company, Akeroyd has spearheaded the turnaround of Versace, reorganising and accelerating growth, overseeing the US$2.1bn sale of the business to Michael Kors in 2018 (Capri Holdings), and ultimately making Versace profitable.

The sale of the fashion house has given “us an opportunity to have a bigger ambition and growth strategy as well as resetting some of our corporate goals,” Akeroyd told Style in October 2020.

Under Akeroyd’s leadership, Versace further pursued its retail expansion in China, unveiling a new concept flagship store in Beijing along with a jewellery boutique.