The most influential people in the Middle East 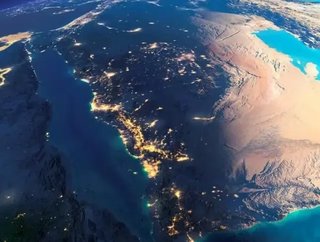 Influence is based on a number of factors and what one country sees as influential might not be the case in another. Business Insider has compiled a list of some of the most powerful people in the world and they range from country leaders, to business people, to pop stars.

The full list of the 50 most influential people in the world is based on four factors: economic power, command, newsworthiness, and impact. The final point is subjective and looks at how important these people are in their respective industries.

The Middle East’s most influential people are all in positions of governmental power and there’s a strong political link that’s gained them a place on this list.

Benjamin Netanyahu was listed at number 45, his political dominance in Israel despite various conflicts makes him a successful leader. He’s done a good job of boosting the economy, and bringing the country to the forefront of technological and medical advances. Despite strained relations with Washington, Netanyahu’s influence as a leader is quite clear.

Supreme Leader of Iran Ali Khamenei is listed at number 32 and has been in power since 1989. This year he conditionally agreed to a landmark deal with six other global powers to curb Iran’s nuclear program in exchange for other countries lifting economic sanctions. This is set to improve Iran’s relations with various powers as well as improve its economic growth.

Another influential Middle Eastern power, coming in at number 31 on the list, is King Salman bin Abdulaziz al Saud. Tensions might be high in Saudi Arabia amongst the royal family – with eight of 12 of the surviving sons of the founding monarch supporting a coup – but King Salman still wields incredible influence over the country and its oil reserves.

Saudi Arabia is the world’s largest oil exporter and even with historically low prices, the country continues to ramp up production, drop prices and protect its global market share.

The full list was topped by US President Barack Obama, leader of the world’s biggest super power, with Chinese President Xi Jinping coming in at second.

See the list of the world’s most influential people here.