New Century Transport celebrates a year of awards and accolades 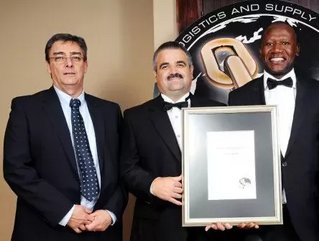 2013 was an outstanding one for New Century Transport (NCT), which is part of the Bulk Commodity Services division of Imperial Logistics.

When Imperial Logistics took over the coal loading and transport service contract for mining group Exxaro’s Inyanda coal depot, it faced the challenge of transforming an operation that had previously been underutilised and renovating a facility that was in a state of disrepair.

Thinus Erasmus, divisional Chief Executive Officer of Imperial Logistics’ Bulk Commodity Services division, said: “Through a two stage solution, and by establishing a supply chain partnership with Exxaro, the inefficient depot has been transformed, and now has the ability to optimally plan its operations; manage and control costs; realise efficiencies and measure productivity.”

Exxaro is a JSE-listed, SA based mining group, with a diverse and world class commodity portfolio in coal, mineral sands, base metals and ferroalloys, as well as a growing exposure to iron ore.

It is the second largest SA coal producer, with a capacity of 47 million tons per annum, and the third largest global producer of mineral sands.

Further kudos for NCT came in the form of Road Transport Management System (RTMS) accreditation for its Exxaro fleet deployed at Inyanda, which is near Witbank.

“Overloading has traditionally been a scourge of the heavy vehicle industry and the RTMS has made outstanding progress in achieving a drastic reduction in this issue,” said Erasmus.

“This accreditation reflects our commitment to safety in our company, and also to maintaining the health of both our employees and quality of our vehicles.”

NCT was evaluated on several key points for the RTMS accreditation. These included vehicle loading and driver wellness, which encompassed working conditions and social health issues like HIV and Aids.

The company’s vehicle operations were assessed, and this included vehicle maintenance and training standards for operators. An evaluation of NCT’s productivity also formed part of the process.

Erasmus explained: “It is an industry led, voluntary self-regulation scheme that encourages consignees, consignors and transport operators engaged in the road logistics value chain to implement a vehicle management system that preserves road infrastructure, improves road safety and increases the productivity of the logistics value chain.