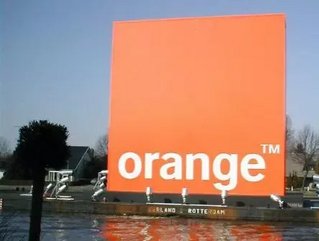 Orange has announced the three winners of the Orange African Social Venture Prize during the AfricaCom Awards ceremony held in Cape Town.

The first prize was awarded to QuickDo, a startup founded in 2011 by a French–Cameroonian entrepreneur. The company provides readers in Cameroon with affordable access to books in digital format.

The Ivoire Job project was awarded second prize. This project aims to facilitate access to employment opportunities in Côte d'Ivoire through an online platform that is also compatible with mobile devices through an SMS-based system.

The third prize was awarded to the Tunisian company Chifco, which offers a system for saving energy when using high-consumption devices both at home or in a workplace environment.

The three winners will all receive financial assistance along with management and technical support from Orange specialists. The first prize winner will also benefit from a patent application.

Finally, a "favourite project" was also selected by visitors of the Group's web portal StarAfrica. More than 24,000 visitors voted for the Kenyan project Dukalangu. This online shop offers customers a wide range of products at competitive prices.

The competition, which has enjoyed considerable success since its launch in 2011, aims to support the development of entrepreneurs and start-ups offering solutions that use information and communication technologies (ICT) to meet the needs of people living in Africa.

More than 450 candidates responded to the call for projects, which ran from May to September 2013, clearly demonstrating the underlying entrepreneurial vitality that exists on the African continent.

Proposed projects spanned a variety of fields such as healthcare, agriculture, education, energy, industry and commerce illustrating the high potential of telecommunications for development in Africa.

The panel of judges, consisted of Orange specialists, the media and institutions that promote development, chose three prizewinners from among 12 nominated projects that were presented on Orange's pan-African web portal, www.starafrica.com.

The awards ceremony was held in Cape Town, South Africa, during the AfricaCom Awards, an annual event that recognizes the most significant innovations and achievements of the telecommunications industry in Africa.

Orange operates in 20 countries in Africa and the Middle East and has a total of over 84 million customers.

See the presentation of the competition on www.starafrica.com.