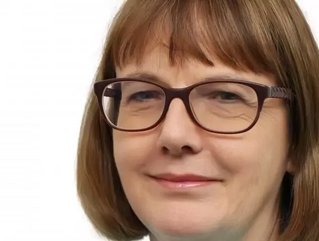 PwC Middle East has announced the appointment of Pam Jackson as the Regional Deals Leader, based in Dubai. Pam is an M&A specialist and has been actively engaged advising international clients on a complex cross border M&A, tax, deals, IPOs and reorganisation in the Middle East for the past two decades.

Commenting on the latest challenge, she said:

“I am delighted to be appointed as the Regional Deals Leader in the Middle East.  It’s an exciting time to be working in the region.  We continue to see an increase in the level of deal activity in the market, and based on our conversations with CEOs in the region, which we documented in our Middle East CEO Survey out last week, divestments are high on CEOs’ agendas and higher than in any other region. In fact our findings reveal that 30 percent of business leaders in the region are looking to exit a business or market (against an average of 15 percent globally).”

Jackson joins PwC as the first female leader in the Middle East. In 1990, she was the first Female Deals Partner in PwC UK and in 2000 she founded PwC UK’s Female and Partner Director Network.

Hani Ashkar, PwC Middle East’s Senior Partner added: “Pam has been building trust and delivering solutions for Middle East clients on complex projects over the past two decades. She is highly regarded in the Deals community, not only in the UK, but also here in the region and we are delighted to welcome her as our Middle East Deals Leader. Pam will also continue to play a key role in mentoring, developing and providing a strong role model to the female talent across the region.”

Jackson was named Woman of Achievement by Women in the City, London’s Female Business Network in 2010 in recognition for her efforts in promoting gender diversity.