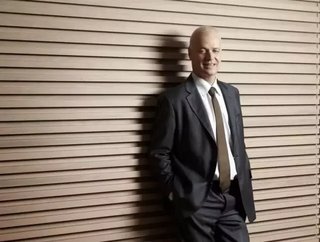 Last week, Orange, one of the world’s leading telecommunications operators, announced the launch of its brand in Liberia. On 18 May 2017, Cellcom Liberia became Orange Liberia. The acquisition of the Liberian operator Cellcom was finalised by Orange, through its subsidiary Orange Côte d’Ivoire, on 6 April 2016, allowing the Group to reinforce its presence in West Africa.

In line with its Essentials2020 strategic plan, Orange has built up a considerable presence in this region - a  strategic priority for the Group’s development.

To find out more about the Liberia launch African Business Review chatted with Bruno Mettling, Deputy Chief Executive Officer, in charge of Operations in Africa and the Middle East (MEA).

Why has Orange chosen to expand into Liberia?

Orange sees Liberia as a key market in which to reinforce its presence in West Africa. Orange is present in 21 markets on the Middle East and African region today. We finalised the acquisition of the Liberian operator Cellcom through our subsidiary Orange Côte d’Ivoire, on 6 April 2016 and launched the Orange brand on 18 May 2017. With a relatively low mobile penetration rate (70 percent of the population) the country has a growth potential for Orange.  The other reason is that this company, founded in 2004, has been a precursor in terms of network deployment. In 2012, it was the first operator in Liberia to launch 3G (HSPA ) services following by 4G-LTE services in 2016. Orange will pursue this strategy and will continue to invest in the development of its network where the company is already a market leader.

How does the move into Liberia fit into the Essentials2020 plan?

Orange launches its brand in Liberia with the plan to invest and to provide high international standards. In this regard, Orange wants to develop an ‘unmatched customer experience’ through better connectivity, enhanced coverage and quality of service to the Liberian population and corporate businesses. It will provide its marketing expertise and world-class technical capability to strengthen the level of service delivered to its customers.

How will the expansion benefit the average Liberian?

The people of Liberia will benefit from Orange’s entry to the market in a number of ways, including better phone coverage. Since the acquisition of Cellcom by Orange in April 2016, the company has added 45 new mobiles sites (base stations).  In 2017 the plan is to add 65 new mobiles sites.

There will also be faster data speeds, meaning download speeds and a smoother experience for example when viewing videos and gaming. To support this development and to anticipate growing customer expectations, Orange works to reinforce the quality of access to the Internet in the country by providing connection to the Group’s submarine and international cable networks

Liberians will also have access to new innovative products and services that have been tried and tested in other African markets and often designed in the region as well. One of the main examples is Orange Money, our flagship offer for money transfers and mobile financial services which is currently available in 17 African countries and has more than 31 million customers today.