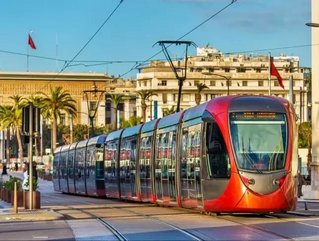 Transportation specialist RATP Dev has been confirmed by Casa Transports, the transport authority in Casablanca, as the contractor that will operate, maintain and develop the tramway network for the Moroccan City.

RATP Dev has retained the trust of Casa Transports, with its subsidiary CASA TRAM having acted as the contractor for the tramways since 2012.

“We are proud of the trust shown and renewed by Casa Transports in us to operate the Casablanca tramway network and develop the biggest multi-modal urban mobility project in Africa,” said RATP Group President and CEO Catherine Guillouard.

“This success demonstrates the quality of work achieved by RATP Dev teams which have successfully supported the mobilisation and growth of the Casablanca network for the last five years,” said Laurence Batlle, RATP Dev’s Executive Board President.

“RATP Dev is more than ever committed and ready to meet the needs of Casablanca’s passengers and is determined to assist Casa Transports and the Kingdom in achieving its ambition of developing world-class transport networks and contributing to the appeal and international prestige of the city.”

The news comes not long after a significant milestone was reached by the transportation service, celebrating 100mn passengers just last year.