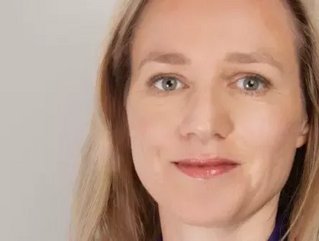 Local and international regulatory activities in Africa have increased strongly of late, mainly in response to events triggered by the 2008 financial crisis.

To take one example, the Governor of the Central Bank of Nigeria (CBN) spent nearly US$3 billion between 2008 – 2009, bailing out and recapitalising a number of banks.

Banking sector reform, aimed at improving the stability of banks in Nigeria, led to significant sector consolidation and the reduction in the number of banks from 90 to 25.

Since 2010, the banking sectors in the majority of African nations have been subject to global regulatory frameworks such as Basel I, although these frameworks are in different stages of implementation.

For instance, while the South African banking sector is well on its way to meeting the new Basel III guidelines, banks in Kenya and Nigeria are instead focusing on the Basel II initiatives and Angola is using Basel I.

Universal regulatory standards will be an ongoing priority as banks work toward meeting the regulatory challenges.

Many African banks are reviewing and in some cases already using, alternative risk transfer mechanisms to enhance their ability to comply with regulatory requirements, whilst remaining competitive in a challenging marketplace.

New opportunities have been created for banks located in Sub-Saharan Africa as European banks retreat from funding projects on the continent in the wake of the financial crisis and more stringent global capital rules.

If African banks adopt the strategy of their European counterparts we may see a greater utilisation of the insurance market as a capital management tool that helps to facilitate deal flow.

Such a move would constitute an evolution of an existing relationship between banks and the insurance market.

Most international banks have utilised the Credit and Political Risk Insurance (PRI) market in some shape or form in recent years.

The cross-over between insurers and banks developed as far back as 1990, when Lloyd’s of London agreed to allow banks to be named as Insureds on credit and PRI policies.

The benefits derived by banks from the utilisation of credit and PRI insurance has evolved over time. Banks first used insurance as a credit and country risk mitigant, then the product value evolved into a risk distribution tool and then later, under the implementation of Basel II, the product became a capital management tool.

Whilst Basel II only lists guarantees and credit derivatives as types of unfunded credit risk mitigation techniques, the Basel Committee has stated that credit insurance could be used to mitigate credit risks, provided it fulfils the requirements applicable to guarantees.

As an overarching statement on what is expected from a guarantee to qualify as Credit Risk Mitigation under Basel II/III, the Basel Committee has stated the following:

“Where guarantees or credit derivatives are direct, explicit, irrevocable and unconditional, and supervisors are satisfied that banks fulfil certain minimum operational conditions relating to risk management processes they may allow banks to take account of such credit protection in calculating capital requirements.” (Paragraph 140)

As such, African banks are increasingly facing the choice between significantly reducing their trade finance business or using structured trade credit insurance to remain active in trade-related financing but with reduced levels of exposure.

This is a particularly valuable tool in Nigeria where regulation places restrictions on exposure on a per sector basis; an investment constraint in a territory dominated by the oil sector.

The utilisation of the insurance sector can provide valuable capital relief as comprehensive credit insurance policies will cover up to 90 percent of the payment obligations due from the counterparty to the bank.

Banks are therefore able to obtain capital relief for 90% of the loan by using credit insurance, with the 10 percent uninsured percentage being treated as an unsecured amount.

The insurance market continues to evolve to support banks in their trading activities and is an invaluable alternative risk transfer mechanism for those seeking to secure business opportunities.