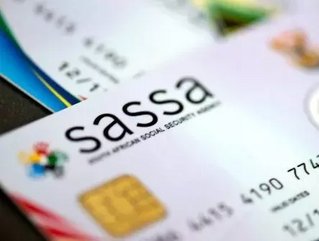 The survey measures and profiles levels of access to financial services among South Africans aged 16 and older, and highlighted that 75 percent of South Africans are now banked.

Dr Prega Ramsamy, Chief Executive Officer of FinMark Trust, explained that the overall increase in the banked population has been driven by two key factors: the roll out of the South African Social Security Agency (SASSA)MasterCard Debit cards, which contributed 1.9 million people to the banked population in 2013, and organic banking growth.

Philip Panaino, Division President, MasterCard, South Africa, said:  “The success of the SASSA Debit MasterCard card roll out is having a significant impact on the South African payments system, on socio-economic development and most importantly on the cardholders who can now manage their finances in a much more dignified, convenient and safe way.”

Since March 2012, 10 million SASSA Debit MasterCard cards have been issued to grant recipients, following the  introduction of a new grant disbursement system introduced by SASSA to minimise fraudulent grant applications and collections and reduce grant administration costs by distributing all grant payments electronically.

As part of the SASSA re-registration process, each recipient has a bank account opened for them, which is offered free of monthly charges by Grindrod Bank. Recipients can deposit funds into their bank account via electronic funds transfer (EFT) or third party bank transfer.

In its National Development Plan, the South African Government challenged the financial sector to achieve financial inclusion of 70 percent in the country by 2013, with a target of 90 percent set for 2030.

Ramsamy said: “The strides taken to reach the under and unbanked population to increase financial inclusion by both government and the financial services sector have had a substantial impact in 2013, reaching  eight percent more South Africans than in 2012, and exceeding the 2013 target of 70 percent set by government.

“This places South Africa in a strong position to meet its 2030 target. However, access should be accompanied by financial education.”

The survey also revealed that 65 percent of banked adults surveyed said that they prefer using bank cards instead of cash to make their purchases.

“It is clear that electronic payments are being embraced by millions of South Africans who are now realising the benefits of a cashless society,” said Panaino.

“It is our goal to continue to grow financial inclusion both in South Africa and abroad by introducing innovative payment solutions that will help make transacting quicker, safer and more convenient for everyone, everywhere and whenever needed.”