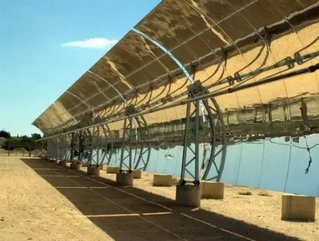 Saudi Electricity Company (SEC) will partner General Electric (GE) for a project that marks Saudi Arabia’s first integration of a solar field with a combined-cycle plant and the first introduction of condensate as a gas turbine fuel.

The landmark project, the ‘Green Duba’ Integrated Solar Combined Cycle Plant, will be built in the northwestern part of Saudi Arabia, along the Red Sea coast, and has the capacity to generate the equivalent energy needed to supply approximately 600,000 Saudi Arabia homes for a year.

Eng. Ziyad M. Alshiha, president and CEO of SEC, said: “This part of Saudi Arabia is a developing region with limited grid interconnection, so the additional power generated by the Green Duba project will be tremendously important in supporting growth.

“We expect the plant to provide cost-efficiencies over its life cycle, along with the fuel flexibility and solar capabilities needed to support the Kingdom’s fuel conservation and renewable technology initiatives.”

The project is designed to generate up to 550 megawatts (MW) from the combined-cycle plant; the solar field will supply steam for an additional 50 MW. GE will supply the engineering equipment package for the combined-cycle plant, including two highly efficient, reliable F-class gas turbines, a 7F.05 and a 7F.03; steam turbine; generators; heat recovery steam generators (HRSG); condenser; boiler feed pumps; Mark VIe distributed control system and a long-term service agreement.

Hisham Albahkali, GE president & CEO for Saudi Arabia and Bahrain, said: “The contract is another testament to our committed partnership with SEC to further enhance the efficiency and flexibility of its plants.

“The integration of solar power and the introduction of condensate fuel at the Green Duba project is a true milestone for the Kingdom and supports the government’s vision to promote energy sector efficiency with a focus on renewables.”

Recently, the first four 7F.05 gas turbines in the field successfully reached full commercial baseload operation at SEC Power Plant (PP) 12 in Riyadh. By early 2015, all eight units at PP12 will be operating in combined cycle and add nearly 2,000 MW.

Today, GE assists in the generation of more than half of the Kingdom’s power supply and has over 500 gas turbines installed in the Kingdom, its equipment operating in approximately 40 SEC power plants—a partnership that spans over four decades.