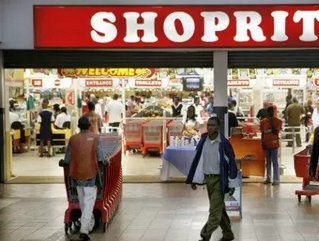 Shoprite, the South African retail chain, has opened a new $20 million store in Nigeria, which is its first in the more volatile northern region of the country.

It brings the total number of stores in Nigeria to eight and despite concerns about security in the region is part of Shoprite’s aggressive expansion drive, which will see a further four stores opening in the country before the end of 2014.

It is situated in the brand new $110 million Ado Bayero Mall in the north’s largest city of Kano. Crowds of shoppers gathered outside the complex yesterday as Shoprite officially opened its door.

Store Manager, Adulhakeem Abdulganiyu, told various news gatherers: “We decided to expand our reach to Kano as part of our commitment to widen our presence in the Nigerian mega cities.

“Kano, as a commercial city with its huge population, provides ample business opportunities which we want to exploit.”

In the past two decades, Kano’s economy, which was famous for its textiles and tanneries, has seen many factories and businesses close as a result of violence witnessed in the region.

The National Bureau of Statistics shows that in 2011 almost two-thirds or 67 percent of the population were out of work.

Abdulganiyu said:“If we continue saying we will not come due to the prevailing security situation, we will not move forward. All we need to do is make adequate provisions to overcome such challenges.”

Kano is already home to several shopping malls owned by Nigerians and Lebanese as well as Indian nationals, but they are now dwarfed by the new 24,000 square metre (258,000 sq ft) centre.

Shoprite has 1,800 outlets worldwide and its expansion in Nigeria is a sign of growing foreign interest in Africa's second-biggest economy.