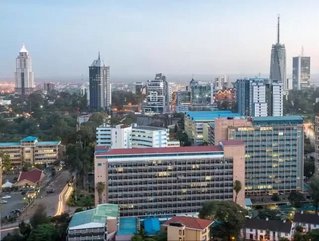 Nairobi-based Simba Corp., a leading and diverse East African industrial company, has revealed an executive reshuffle with the announcement of new appointments in a number of the company’s key positions.

The company’s Chief Executive Officer Adil Popat has stepped down from his role, becoming the Executive Chairman, facilitating the executive overhaul.

Dinesh Kotecha has taken over from Popat as Simba’s CEO, promoted from Executive Director, whilst Suraj Shah has been named as the company’s new CFO, leaving his post as Financial Controller for Villa Rosa Kempinski.

The reasoning behind the changes to leadership is to facilitate further regional growth of the business, coming at a time of expansion, as Simba Corp has recently acquired both a 35% stake in Hemingways Holdings and a controlling 50% stake in Associated Vehicle Assemblers.

“The new appointments aim to better position the Group for the future, evolve the Group’s growth and improve internal and external operations,” said Simba Corp.

“Simba Corporation has laid out a diversification strategy that aims to grow the business in the region.”

Further appointments include Matata Munyeke and Ameet Shroff as the Chief Commercial Officers, with a position needed for both Established Brands and Emerging Brands due to the company’s recent acquisitions.

Shroff will oversee Simba’s established franchises of Fuso, Mitsuibishi and BMW, whilst Munyeke will lead the firm’s interests in Renault, Mahindra, Power Systems, AFMS and SAME, each of which have been added to the company’s portfolio in more recent times.