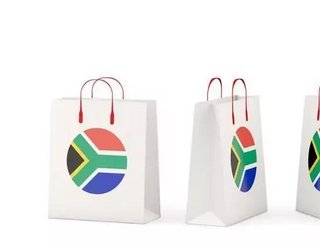 The latest Consumer Confidence Index figures from Nielsen, global information and measurement company, reflect a huge upwards swing by nine points from 78 in Q2, 2016 to 87 in Q3, 2016. The survey was conducted from 10 August to 2 September, 2016.

Nielsen Country Head Bryan Sun commented: “We saw a definite increase in overall consumer confidence in the measurement period, which coincided with the municipal elections and a subsequent strengthening of the rand. This obviously had a positive effect on South African sentiment but given the volatility of the current economic and political situation, it will be interesting to see how the next set of results reflect the constantly changing outlook of our country.”

The economy is a huge issue for many South Africans. 30 percent cited it as their top concern, although this does reflect a 10 percent drop from the beginning of the year. The stresses of modern living are also taking their toll with 11 percent citing their biggest concern as work/life balance, as opposed to 8 percent at the beginning the year. Despite this increase, it’s interesting to note that this figure was sitting at 12 percent in Q1 2009.

Education is another big worry with 13 percent of respondents - up from 8 percent in Q1, 2016 - saying they worry about their children’s education and /or welfare. Considering the low economic growth figures, 70 percent of South Africans still feel the country is in a recession, although this represents a large drop from the 84 percent who responded yes to this question in Q1, 2016.

Sun comments; “Despite our overall economic environment continuing to be challenging, consumer optimism was buoyed in the third quarter, amid several positive developments in the country. The GDP growth rate rose to 3.3 percent in the second quarter, recovering from a 1.2 percent contraction in the previous period. It’s the highest growth rate since the fourth quarter of 2014.”

Based on the above outlook, 85 percent have changed their spending to save on household expenses a 2 percent increase from Q1, 2016, but cutting down on expenses has eased in certain categories including: Out of home entertainment, with 54 percent as compared to 58 percent of respondents saying they have reduced their spend; telephone expenses, where 33 percent as opposed to 41 percent have cut down on this expense and 51 percent as compared to 57 percent trying to save on gas and electricity. There has also been a slight increase in attempting to save on takeaway meals, up from 68 percent to 69 percent, and switching to cheaper grocery brands up from 55 percent to 58 percent.