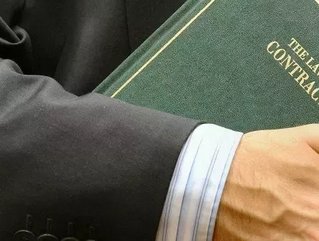 Since coming into operation on January 14, 2013, the legitimacy of the Common Market for Eastern and Southern Africa (COMESA) Competition Commission, as well as the regime it seeks to enforce, has been questioned.

Claire Avidon, Associate at pan-African corporate law firm Bowman Gilfillan, said: “The Commission is intended to be a one-stop-shop for merger notifications in the common market comprising 19 African states. Although the COMESA Treaty deals with issues of competition in the common market, it does not itself establish the Commission.

“This is done in terms of regulations that were gazetted in November 2004.  However, regulations issued by an international body do not automatically have the force of law.

“They first need to be ‘domesticated’ in terms of which lawmakers in each of the 19 states have to pass national laws recognising the regulations. This has not been done in at least Kenya, Malawi, Mauritius, Swaziland and Zambia.

Avidon continued: “Until the regulations are domesticated, they arguably have no legal effect, raising concerns regarding the Commission’s legitimacy. However, the Commission has rejected this position and it is unclear to what extent this is going to be an issue in future.”

Doubts around the legitimacy of the new competition regime aside, 11 mergers had been notified to the Commission by  October  21, 2013. Of these, eight merger notifications were filed by South African firms including Bowman Gilfillan, and three by non-South African law firms.

Xolani Nyali, Associate at Bowman Gilfillan, said: “Ultimately, merging parties need to decide for themselves whether they accept the Commission as having been legitimately constituted, in which case they will have to pay a potentially hefty filing fee of 0.5 percent of the combined annual turnover or value of assets of the parties in the common market, whichever is higher.”

This fee is capped at USD500 000. If parties to a merger elect not to file with the Commission, they risk a penalty of up to 10 percent of either or both of the merging parties’ annual turnover in the common market.

Despite these concerns, Avidon said it is encouraging that South African law firms are at the forefront of an exciting development in merger control in Africa.