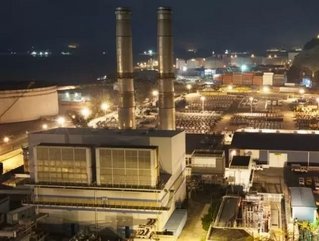 South African power utility, Eskom has revealed the the first unit of its new coal-fired Medupi plant would link up with the grid on December 24, signaling that the much delayed anticipated project is finally on track.

The state-run company had previously not given an exact ate for when Medupi would synchronise with the grid, but had always affirmed that it would occur before the end of 2014; a full year since its initial deadline.

Sneaking in just in time, the power station wil be the first built in South Africa for 20 years, and will finally get underway following numerous technical problems and delays in 2014 as a result of the ongoing labour unrest in the country.

Eskom, which supplies virtually all the power for Africa's most advanced economy, is scrambling to keep the lights on by building new stations while trying to maintain older ones.

In March, the utility was forced to impose rolling blackouts for the first time in six years to prevent the national grid from collapsing, a situation that underscored just how precarious the balance is between power supply and demand.

While the first of six Medupi units will be hooked up to the grid on Christmas Eve - when power demand will be light, with most of the country's mines shut for the seasonal holiday - it will not generate consistent power before the middle of 2015.

"It will take several months to ramp up to full and stable power as part of the standard commissioning and optimisation process," Eskom said in a statement.

When it is fully operational, the unit will feed almost 800 MW to the grid and when the other five units come online, Medupi will generate almost 4,800 MW of power.