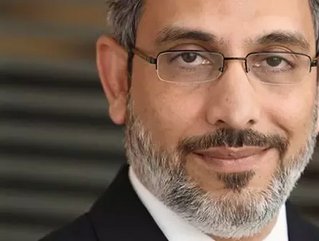 Standard Chartered Bank today marked yet another milestone in its endeavours to offer cutting edge banking services to its customers by launching its Islamic banking offering under the brand name of Saadiq.

With this launch Kenya becomes the first market for Standard Chartered’s African footprint for Islamic banking.

Afaq Khan, Chief Executive Officer for Islamic Banking, Standard Chartered Bank, said:“If the Islamic market starts growing in Africa at the level it is growing globally today, it will become a significant part of the financial system in Africa as well.”

Global figures indicate that the Islamic finance market is growing with investments now worth over $1trillion.

Locally, the Islamic banking industry has grown in under five years to account for two percent of the total banking business in Kenya.

“This shows Kenya’s huge potential and opportunity. As a major international bank with a long-standing heritage and a global network, Standard Chartered is ideally placed for a prominent role in this ever-expanding market,” added Khan.

Raheel Ahmed, Regional Head of Consumer Banking for Middle East, Pakistan and Africa, Standard Chartered bank, said: “As the service gap between Islamic and conventional banking narrows and as the Islamic Banking range of products and solutions develops and gets more sophisticated, Islamic Banking is increasingly appealing to non-Muslim clients too as a non-interest, profit sharing alternative to conventional banking products.

“Our entry into Kenya is a stepping stone for our strategy to expand our Islamic Banking offering across the African Continent presents a high growth opportunity for Islamic Banking products.

“We chose Kenya as a response to the increased demand from the Bank’s customers there for Shariah-compliant Banking services.”

Saadiq, was launched in early 2007 to create a distinct identity and to reiterate the Bank’s commitment to provide innovative banking solutions based on Islamic values.

Since then, Saadiq has won more than 150 internationally-recognised industry awards, including Best International Islamic Bank, Best Structured Products House (Euromoney) for 2012 and 2013, Best Islamic Finance House (EMEA) and Best Islamic Private Bank (IFN), in recognition of the market leadership position of the business.