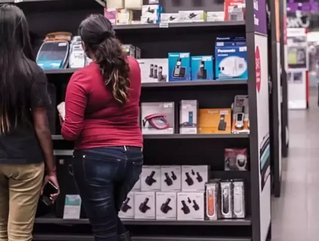 Letshego Financial Services Namibia (Letshego Namibia) opened its doors in 2002 as Edu Loan Namibia, providing consumer and micro-lending services. In August 2008, Letshego Holdings Limited (LHL), a Botswana Stock Exchange (BSE) listed entity, acquired 100% of the company, soon after which the company re-branded to Letshego Financial Services Namibia. LHL is the largest indigenous BSE-quoted company with a current market capitalisation in excess of BWP 5bn ($500m) that places it in the top 40 sub-Saharan Africa companies (excluding South Africa). LHL focuses on low to middle income earners in the economy, through the provision of financially inclusive solutions.

RH Bophelo (RHB) is a healthcare investment vehicle aiming to produce superior returns, whilst contributing to socio-economic value creation and development of South Africa. It aims to pursue acquisitions of healthcare assets in exceptionally managed commercial entities or special situations across the South African market. However, a tenth of the fund will be allocated for social assets. The company has been structured to deliver shareholders a growth-oriented cash generative return, without the negative structural elements of traditional junior debt and private equity funds, namely management fees, illiquidity and opaque governance.

Premier Fishing and Brands Ltd is a predominantly commercial fishing, fish processing and marketing company. Its range of activities involves 1,000 permanent and seasonal staff, as well as factories, facilities and vessels operating in three provinces. The group has strong relationships with its customers in Asia, Europe and the USA, and has built partnerships with small companies, particularly in the west coast rock lobster sector where it assists these companies with the catching and marketing of their fish. This is in line with the group’s fundamental principle of developing smaller black-owned companies as well as in investing into the communities within which it operates. According to its website, Premier Fishing & Brands is the largest black-owned and managed food and fishing company in South Africa, in existence since 1952, winning several awards for sustainability and financial performance.

Ecobank was established in 1985 under a private sector initiative spearheaded by the Federation of West African Chambers of Commerce and Industry. Today, it is the leading pan-African bank with operations in 36 countries across the continent. It has a larger African footprint than any other bank in the world. Ecobank currently operates in countries in West, Central, East and Southern Africa. The Group also has a licensed operation in Paris and representative offices in Beijing, Dubai, Johannesburg, London and Luanda.

Founded in 1999, Seaharvest is an innovative investment Group which owns and invests in a diversified portfolio of 22 global companies across sectors and industries, including Seaharvest Oil & Gas, Seaharvest Medical, FACT Freight, ACME Group, Go Green, FACT Travel and Environmental Solutions. It aims to combine the expertise of teams across finance, marketing and operations to maximize the benefits of all stakeholders of the company.

According to its website, The African Export Import Bank was established in Nigeria in 1993 by African Governments and both private and institutional investors for the purpose of financing, promoting and expanding intra-African and extra-African trade. The Bank was established under the twin constitutive instruments of an agreement signed by member states and multilateral organisations, and which confers on the bank the status of an international multilateral organisation. Headquartered in Egypt’s capital Cairo, the bank has branch offices in Harare, Abuja, Abidjan and Nairobi.

Vodacom Tanzania Limited is Tanzania's leading cellular network company. As of September 2017, Vodacom Tanzania had over 12 million customers and is the largest wireless telecommunications network in Tanzania (based on total wireless customers). Vodacom Tanzania is the second telecom company in Africa, after Vodacom, to switch on its 3G High-Speed Downlink Packet Access (HSDPA). According to its website, Vodacom Tanzania has deployed state of the art technology, thereby enhancing its product portfolio and positioning itself as the market leader for any communication solution.

The Ayo Group was established with the purpose of empowering African businesses to compete in new global market spaces, part of its group-wide vision to become the leader in ICT solutions and business transformation across Africa. Its portfolio of companies includes some of the most creative and innovative ICT solutions providers in the region such as Health System Technologies, Headset Solutions and Afrozaar. The group’s mission is to continue to forge partnerships with companies that share its goal of empowering the continent’s public and private sectors.

Ubuntu-Botho Investments was created in 2004 with its initial main purpose to build black-controlled capital through being Sanlam's empowerment partner. Allied to this, the vision of Ubuntu-Botho Investments from the outset was to make a difference in the lives of ordinary South Africans by being the premier black-owned and controlled financial services entity. The first phase of realising this vision was the accumulation of capital in partnership with Sanlam. This objective has now largely been achieved, with Ubuntu-Botho Investments holding about 14.5% of Sanlam's issued shares with a current value of around R17bn. According to its website, the second phase will entail partially investing this capital in African Rainbow Capital, which is set to become a leading South African-based, black-owned-and-controlled financial services company.

Steinhoff Africa Retail (STAR) is a leading African retailer. STAR is the preferred destination for delivering value to the African consumer and all other stakeholders. With more than 4,950 stores in 12 African countries, STAR provides everyday products at affordable prices and serves customers at their convenience. The separation of Steinhoff’s emerging and developed market retail businesses was a natural progression for the group, given its distinct strategic and geographic focus. This separation has resulted in a listed, diversified, multi-format retail champion of significant size and scale with its roots in Africa. Its roster of brands includes Hi Fi Corp, Timber City, Ackermans and The Tile House.