Tourism in Kenya rises by 10% 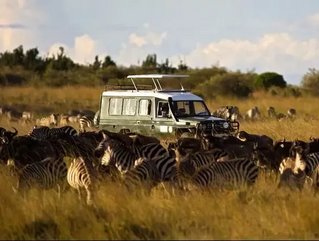 Despite the electoral issues that have been happening recently in Kenya, the country has seen a 10% increase in tourism.

Between January and September of this year the country has had 723,000 visitors, an increase from the 657,438 tourists in the same time period of 2016.

“For instance, August, which is our peak tourism month, saw a shortage of vehicles due to high demand for safari transport, with many lodges and camps registering high occupancy rates from a mix of both Kenyan and international visitors,” said Jimi Kariuki, Kenya Tourism Federation (FTD) Chairman.

Mr Kariuki also reported that there was a shortage of vans because of how many people wanted to experience the wildlife of Kenya.

A market research firm based in Dubai, Oxford Business Group (OBG), commented that regardless of the images social media platforms were posting, including those of violent protests, the hotel business in the country continued to excel.

“The political uncertainty has not affected international arrival numbers or hotel bookings. This is good news,” OBG stated.

The firm also said that the opening of a 127-room, five star hotel at Two Rivers Mall in Kiambu, along with 13 other hotels in development, will see Kenya’s hotel room capacity increasing by 2,400 within three years.

“Tourism is sensitive to negative publicity, politics and security. Threats of violence or actual violence could hurt tourist arrivals. The political noise should die off to enable the industry to attract investments,” Mr Kariuki added.