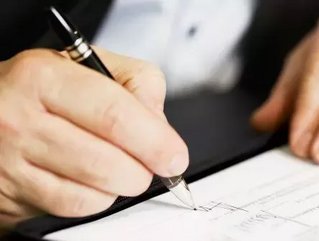 Libya’s economy is being held back by a lack of funds for small and medium-sized enterprises (SMEs) according to a new study by Nottingham Trent University.

The study, led by academic Emhamad Elmansori, of the School of Architecture, Design and the Built Environment, shows that nearly three quarters of Libyan SMEs say a shortage of financial resources is a major barrier to innovation.

Other major barriers, according to the study, are a lack of innovation culture in schools, colleges and universities, and a shortage of skills in innovation management.

The study has been published in the International Journal of Innovation and Knowledge Management in Middle East & North Africa Vol. 3 No. 2, 2014.

It shows that 92 per cent of SMEs in Libya have no financial support. The vast majority only have the owners’ personal savings or money from their parents or partners as a form of equity.

“In many countries SMEs play a major part in the strategy for revitalising their economies,” said Elmansori, originally from Libya.

“This is especially important for a country such as Libya, which has an economy that is dependent on oil and which badly needs to diversify.

“Yet it is widely recognised that SMEs in Libya face more difficulties than large businesses do in terms of accessing the finances which are required to innovate.

“It should not be expected for people to create the industries of tomorrow with only their personal savings as a financial grounding.

“This is a problem which cannot be ignored and it’s imperative that the right policies are put in place to ensure that all barriers to innovation are removed.”

The study - which was overseen by Leslie Arthur, an expert in innovation from the School of Architecture, Design and the Built Environment - is based on a survey of almost 100 Libyan SMEs. The survey was taken in April 2012 and Mr Elmansori says its findings are just as relevant today.

It also found that the main reasons for SMEs avoiding the loans which are available is the bureaucracy, inflexibility, terms of interest and centralisation.

Mr Elmansori found that another barrier to innovation was a lack of women running SMEs due to cultural, religious and family reasons.

The study gave five recommendations to help provide more finances to Libya’s SME sector, which are to:Create an independent body to help provide access to funding from public and private sectors;Open the channels of communication to encourage funders to support SMEs.

As well as, raise national awareness of the importance of innovation and entrepreneurship for economic development;Initiate special programmes and schemes to improve the effectiveness of business incubators.

“SME owners, financiers, banks and the government must undertake new strategies to overcome the challenges which SMEs and finance providers face.

“Only by doing so will SMEs in Libya be able to fulfil their true potential and chart the course for a better and more prosperous economic future.”