What are the implications of the new labour regulations in the UAE? 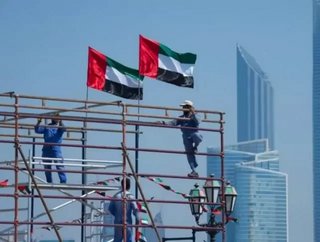 As 2016 gets into full swing, management of UAE companies will naturally be considering their staffing requirements for the coming year. In doing so, they should also be aware of three new Ministerial Decrees which came into effect on 1 January 2016, introducing significant changes to the UAE labour regulations. Between them, the new Decrees seek to provide greater protection and certainty for employees on the terms on which they accept employment, clarification of the circumstances in which their employment may be terminated (and the compensation payable on termination), and promote mobility within the UAE labour market.

While it had previously been common to see senior management staff on contracts requiring 6 months’ notice for termination, Ministerial Decree No.765/2015 has introduced new limits which require the contractual notice period to be a minimum of 1 month and a maximum of 3 months, regardless of seniority or job title. Such a change reinforces the importance of robust “garden leave”, non-compete, non-solicitation and confidentiality provisions in employment contracts to assist companies in managing the risks associated with senior management employment termination.

Ministerial Decree No. 765/2015 has also reduced the maximum term of fixed term contracts from four years to two years and clarified the conditions under which employment contracts can be terminated (including where the contracts can be deemed to be terminated by the employer failing to meet its contractual obligations to the employee, such as non-payment of wages for 60 days or more). Where fixed term contracts are terminated before expiry of their term the parties can seek compensation and under the new rules can even fix the amount of compensation to be paid in advance by agreement in the contract, provided the agreed compensation does not exceed the equivalent of 3 months gross wages.

Greater mobility in the labour market is expected to be seen with the introduction of Ministerial Decree No.766 of 2015, which sets out the circumstances in which new work permits will be granted to employees after termination of previous UAE employment (and hence no labour ban enforced) in respect of both limited and unlimited contracts. This is expected to have the greatest impact on blue collar workers.

The Ministry of Labour has stated that it has already begun implementing these changes so employers should be aware of the practical implications for any recruitment or redundancy procedures and will need to consider what changes they need to make to their current processes to ensure any new employment contracts (or those due to renew) are fully compliant with the new rules. Employees should also be aware of the new rules and how they safeguard their rights and provide for a more transparent and better regulated employment relationship.