What projects are in Ominyat’s $1bn pipeline? 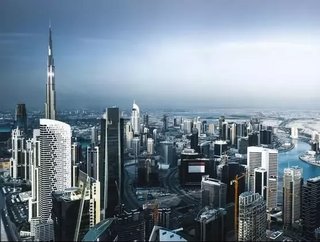 Omniyat Group, a Dubai-based developer is to announce a AED5 billion ($1.36 billion) project pipeline over 2017/18, increasing Omniyat’s already large Dubai portfolio. The current Dubai profile is made up of AED16 billion worth of schemes either completed, in construction or about to enter construction.

Its current portfolio includes the One Palm luxury residential scheme, currently under construction on Palm Jumeiah, and several existing schemes in the Dubai Water Canal/Business Bay area, such as the Opus mixed-use building.

The new projects are said to be announced from the first half of 2017, and are said to include an ultra-luxury hospitality scheme on the new Dubai Water Canal and a hotel-led scheme on the Business Bay section of the canal. The new scheme will also include residential apartments and food and beverage outlets. It is the largest canal-facing project to date, with over 220 metres of waterfront on the widest part of the canal.

Mehdi Amjad, executive chairman and founder of Omniyat, told Arabian Business: “We are preparing to announce an additional AED5 billion of projects that we will be launching in 2017-2018. We have a hospitality product that we will be announcing in the first half of 2017. This will be an extremely unique offering – one of our ultra-prime projects, which will be a mix of hospitality and a serviced residential component. We have not announced this yet, it will be formally launched in early 2017. It is a very lovely, beautiful project and one of our really top-end hospitality schemes.” The pipeline also contains projects targeting the midmarket segment in locations such as Dubailand and around Sheikh Zayed Road, Amjad revealed, although he said these were at an earlier stage. “We are looking to create the same premium offering for the mid-segment of the market and are examining opportunities here. That is more in the next 4-5-year horizon, though.”