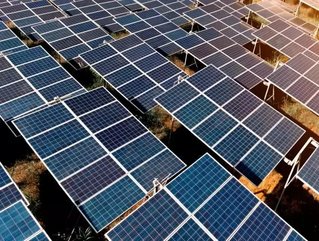 SegenSolar PTY discusses the pressure of no long receiving electricity from South Africa and how solar power could be the answer.

With Zimbabwe no longer receiving electricity from South Africa due to its inability to meet funding requirements, the country is in darkness during the peak hours of 5 am to 10 am and 5 pm to 10 pm. These scheduled blackouts are known as periods of “load shedding”.

The lack of power comes at a difficult time as the Kariba Dam is suffering from rainfall shortages. Levels of power generation from the hydro-plant have plummeted from 1,050 MW to 277 MW due to the shallow water levels. The Zimbabwean government is attempting to manage the total gap of 400 MW with load shedding. However, with such little rain, the Kariba Dam is at risk of being shut down permanently.

The country’s catastrophic energy shortages at peak times of the day mean many families are unable to keep food cool without working refrigerators, and small companies are in the dark during their busiest business hours. Energy prices are also continuing to soar as the demand for the limited supply of power is at an all-time high.

It is estimated that Zimbabwe’s local economy has lost more than US$1.5 billion since the beginning of May 2019 due to these extended power cuts.

As it stands, the daily “peak power demand” in Zimbabwe is 1,800 MW, yet less than 1,000 MW is generated from local power sources. The government has set a target to get at least 1,575 MW of power from solar by 2030, yet this does not appear to be viable.

Eskom, South Africa’s power supplier, provided some relief in the middle of August, yet this was conditional. Eskom had said it would only assist Zimbabwe if South Africa itself were not experiencing any load shedding. As South Africa is facing power supply issues too, the only periods when surplus power is available are during off-peak hours.

Is solar the solution to load shedding?

Both Zimbabwe and South Africa urgently need to turn to alternative sources of renewable energy before it is too late, and SegenSolar believes solar power is undoubtedly the answer.

With more than 3,000 hours of sunlight each year in Zimbabwe, the country has the potential to produce 10,000 GWh of electricity through solar power. Unfortunately, Zimbabweans are reluctant to make this switch due to high levels of poverty, lack of public awareness and general lack of financial or technical support from the government.

Additionally, the renewable energy industry does not have a good reputation in the country. People who choose to invest in products are often met with fake equipment as product quality is largely unmonitored. The population is encountering products with no warranty and equipment that is not durable or user-friendly.

The lack of accredited technicians may also be holding back solar adoption, as inadequate training has resulted in the installation of temporary and potentially dangerous PV systems nationwide. Therefore, getting Zimbabweans to trust the solar industry remains a challenge.

SegenSolar offers certified, reliable and high-quality products from a broad range of reputable manufacturers and wishes to change the population’s perception of the solar industry. Solar has the potential to alter energy consumption in Zimbabwe and take households and small businesses off the grid — allowing for much-needed energy independence.