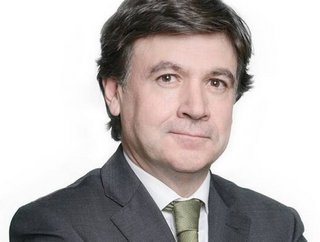 Armando Martinez, a long-standing executive of Spanish energy group Iberdrola, has been named the new CEO of the global green power giant.

This comes as 72-year-old Ignacio Galan, CEO and Chairman for the last 16 years, steps down as CEO, marking the first time the roles of chairman and chief executive have been split.

This separation of CEO and Chairman roles comes at a time when some governments have moved to bring into force windfall taxes on energy companies they believe are significantly profiting from higher prices.

Martinez, who currently serves as Business CEO, steps into the shoes of 72-year-old Galan – one of the highest-profile figures in the global power and renewables industry.

And they are big shoes to fill with Galan having steered Iberdrola to sustainability superpower status over the last decade – transforming the Spanish energy firm into one of the world’s leading renewable power generators, with a sizeable investment plan worth uS$149.31bn through 2030.

The Spanish Group, which is a pioneer in offshore wind and an early mover in green hydrogen initiatives, had a global net renewables capacity of 39.1GW, as of September 30 – up nearly 5% on last year and plans to have 95GW of green capacity in place by the end of the decade.

This substantial gain in gigawatts helped the company to increase net profit by 29% to US$3.1bn by September.

The company, which itself aims to become carbon neutral by 2030, has significant investment plans, recently announcing plans to invest US$47bn in electricity networks, renewable energy production and customer businesses over the next two years – with more than half (57%) in networks in Britain, Brazil, Spain, and the US.

According to Galan, these global investment plans will “help us to bring more self-sufficiency and resilience against potential energy shocks in the countries where we operate”.

Martinez has more than two decades at Iberdrola

Martinez has spent more than two decades in the electricity sector with 22 years at Iberdrola. Joining the Group in Mexico in 2002, he worked in Mexico for 14 years, holding a number of senior managerial posts within the group, including as Director of Operations and Director General of Iberdrola Mexico.

He relocated to Madrid in 2014 to take up the role of Business Director holding a number of roles before becoming Business CEO and heading up the Group’s business division a year ago.

He has a degree in electrical and electronics engineering.