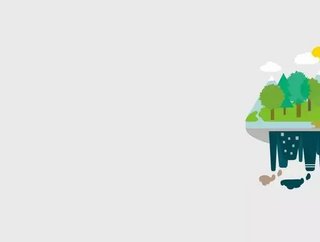 Fit For Net-Zero - 55 high impact Technology Quests to accelerate Europe’s recovery and pave the way for clean technology by 2050...

Europe is in pole position to become the global leader in new climate technologies, according to Capgemini Invent in their report Fit For Net-Zero.

The study takes an in-depth looks at how Europe can accelerate clean technology innovation and scale up to the challenges of the future with a focus on wind power, electric cars, energy-independent buildings and systemic changes from farm to fork.

The report was prepared by Capgemini Invent and commissioned by Breakthrough Energy (established in 2015 by Bill Gates) to identify 55 high-impact Technology Quests (TQs). The findings were provided by over 100 experts across Europe.

“Our work shows how these 55 Quests can deliver emissions reductions in line with increased EU ambitions of at least 55% by 2030 and a net-zero trajectory by 2050,” said Cyril Garcia, CEO of Capgemini Invent.

He predicts the 55 TQs can stimulate new markets worth some €13 trillion over two decades and secure up to 12.7 million jobs by 2030. The reports focuses on five key economic areas; energy, industry, buildings, transport, food and land use.

“We believe that a climate-neutral, competitive and dynamic Europe, driven through our six identified clusters (hydrogen, gigafactories, electrification, smart grids, bioeconomy, and carbon capture utilisation and storage) can set a standard for others and help lead our planet to climate safety and economic sustainability, said Garcia.

According to Capgemini, to help unleash these technologies the usual 25-year innovation cycle must be compressed and accelerated.

“This won’t be easy – more substantive work and more public support is urgently required – but there is no mistaking: Europe is in pole position to become the global leader in dozens of new climate technologies that are in critical stages of their development,” states the report.

Key conclusions from the research reveals the following six points:

It is reported the emission reductions delivered by the 55 TQs can help Europe achieve 55% CO₂e1 reductions below 1990 levels by 2030 and deliver a climate-neutral economy by 2050, across the five economic areas.

The TQ will require around €144 billion of public and private investment annually and will support 12.7 million high-quality jobs.

It is predicted that over time TQ could create €790 billion of gross value added by 2030, building toward a €12.9 trillion opportunity from 2030 to 2050. Investments in all five economic areas in electrification, green hydrogen, smart grids, gigafactories, the bioeconomy and carbon capture, utilisation and storage will help build the sectors of the future.

Every €1 invested in this clean technology portfolio is expected to generate €9 of future turnover in European markets by 2050.

A portfolio approach supports companies across the full spectrum of the innovation cycle while also diversifying risk and paving the way for long-term European leadership in the climate technology markets.

Top recommendations in the five key areas include:

The report highlights wind power as a key enabler in Europe’s transition towards net-zero. Offshore wind will the key to achieving Europe’s climate and energy goals. The National Energy and Climate Plans (NECP) of all Member States project over 70 GW of aggregate installed offshore wind capacity by 2030.

However, according to the European Commission’s climate strategy scenarios, a much higher capacity will be needed to reach its net-zero target, with up to 450 GW of offshore wind by 2050. An accelerated deployment of projects is needed to achieve this. A total of 100 floating wind projects are needed in the next 10 years to deliver.

Steel and cement industries are responsible for at least 30% of the industry emissions. Therefore, several of the proposed solutions focus on these two industries. Carbon capture, for storage (CCS) or usage (CCU), is also a candidate to reduce carbon emissions while keeping businesses thriving.

Major energy efficiency programmes could also be launched from electric motors that are widely used in equipment to low-grade heat with re-use from high grade heat waste to efficient cooling technologies such as best use of refrigerants.

TQs also focus on plastics as Europe produced 62 mega tonnes (Mt) in 2018 mainly from fossil sources while 70% of total plastic waste is sent to landfills or burned. The report suggests chemical plastic recycling alternatives could reach the target of having 50% of European plastic waste recycled in 2030

A crucial factor for Europe’s net zero emissions target is that 75% of today’s building stock will still exist in 2050. As a result, the renovation of almost all existing buildings to achieve a near-zero emission status is a top priority.

The target is to launch 10 regional clusters of expertise across Europe and create a total of 500 energy-independent buildings by 2025, before the prototypes can be replicated at a European scale. The main objectives are next-generation flexibility, thermal and power load management, energy performance and total cost ownership reduction, covering all buildings specifics across European regions.

The daunting challenge ahead is to free transportation from liquid fossil fuel usage and to develop the new clean technologies. Three types of transportation energy sources – synthetic liquid fuels, hydrogen and electricity are directly contributing to decarbonisation in transport.

It is predicted that the European electric car market will reach six to seven million by 2030 with most net-zero scenarios requiring 80% of passenger car stock to be electric by 2050. The key to this is an access to vast quantities of Li-ion batteries.

Food and Land Use

In a bid to reach net zero emissions there will need to be systemic changes from farm to fork, report the experts.

“We should take a holistic approach to deliver biodiversity and productivity through a series of pathways. Technology solutions must be incentivised for us to deliver the Farm to Fork vision.” says Alexandra Brand, Chief Sustainability Officer, Syngenta.

The 16O-page report concludes that: “At a time when people are facing the most acute financial uncertainty in generations, investing in these TQs will help put the continent’s economy on a much firmer footing.”