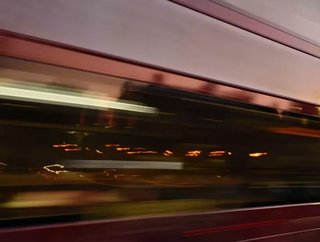 London has the most number of climate tech startups of all cities in Europe, and worldwide, according to a report by VC analysis firm Dealroom and London & Partners, recently released to coincide with COP26.

This comes as climate tech investment globally reaches record heights in 2021, with US$3bn raised so far this year, more than quadrupling in the last five years; and as Europe is declared the fastest-growing region globally in the climate tech space with investment growing seven times since 2016, compared to five times globally.

London has more climate tech startups than the Bay Area

And it’s the UK’s capital city that is one of the driving forces behind Europe’s rapid growth in climate tech with startups here raising US$3.3bn in VC investment since 2016, 16% of Europe’s total.

Not surprising considering London boasts an incredible 416 climate tech startups, nearly double that of its closest European city competitors – Copenhagen with 229 startups, Stockholm with 197 and Berlin with 193 – and even more than the tech giant region that is the Bay Area, California, trumping it by 67 startups.

But, while London delivers the biggest number of companies in this space, the combined value of those firms, at US$28bn, is less than that of those in the Bay Area (US$941bn) and in Greater Los Angeles (US$60bn).

London is seeing such success, in part due to the high levels of investment London startups secure with the city boasting many dedicated climate tech VC funds and a thriving startup ecosystem.

In fact, since 2016, and the signing of the Paris Climate Agreement, London has secured US$3.3bn in climate tech investment, ranking fifth worldwide, though ranking second – only after California’s Bay Area - for the number of rounds raised by climate tech startups, suggesting an active early-stage ecosystem.

And, it’s energy startups in particular that are attracting the most climate tech investment in London, with circular economy and enterprise software gaining a good share.

These include Newcleo, Olio, Bulb, Zenobe, Booxx and Highview Power. Take food startup Olio, which was founded by CEO Tessa Clarke, and distributes soon to expire food. Now valued at US$259m, the startup has secured total funding of US$51m. The emerging pipeline of climate tech startups in London crosses all the important sectors – food, energy, transportation, enterprise software and circular economy. We highlight some of the rising starts:

4.    Enterprise Software sector Among leading enterprise software startups is Cervest, a climate risk platform with a valuation of US$180m following funding of US$35m. Also rising in this category is Sylvera, the world’s first carbon offset rating provider, which bagged US$5.8m in seed funding back in May 2021; and Climate X, a climate intelligence startup which raised £1.1m in July 2021.

5.    Circular economy sector There are a number of startups in this sector taking a leaf out of depop’s book – a marketplace for second-hand clothes that recently became a unicorn having received US$100m in funding and reaching valuation of US$1.6bn. Other rising stars include By Rotation, the UK’s leading peer-to-peer fashion rental app; and wholesale marketplace Creoate, a platform which enables independent retailers to source sustainable products from brands and wholesalers, which raised US$5m in seed funding in August 2021.

Read the full report by Dealroom and London & Partners