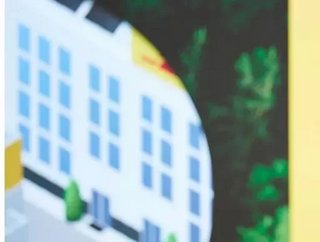 Deutsche Post DHL Group has announced it is doubling down on its sustainability goals in order to fast-track decarbonisation of the company.

Four years into its original sustainability commitments of reaching zero emissions by 2050, the world’s largest logistics company has renewed its targets, and announced plans to reach climate-neutral logistics by 2030.

To do this, the company says it will invest €7 billion over the next 10 years, funnelling the funds into aviation fuels, the expansion of the organisation’s zero-emission e-vehicle fleet and climate-neutral buildings.

Furthermore, the Group has pledged new, ambitious interim targets, committing to the well-regarded Science Based Target initiative (SBTi) to reduce its greenhouse gas emissions by 2030 in line with the Paris Climate Agreement.

The Group assumes that its emissions would be around 46 million tons in 2030 without these new measures.

The company stated that in future, the achievement of ESG targets will be taken into account when calculating the renumeration of the Board of Management, a clear signal that the commitment to sustainable business is a top priority at Deutsche Post DHL Group.

Taking responsibility for guiding “the logistics industry into a sustainable future”, the Group's CEO Frank Appel stated he was convinced that by “focusing even more on our ESG goals, we will remain the first choice for customers, employers and investors, and thus lay the foundations for long-term economic success”.

Commitment to sustainability has been integral to the Group’s culture since 2008, and in 2017, it became the first logistics company worldwide to set a target of reducing its greenhouse gas emissions to net zero by 2050. To do this, the company offers numerous innovative solutions to make supply chains more sustainable and help its customers achieve their environmental goals.

But that’s not all. The Group also intends to expand on its social contribution to society in the coming years and has committed to investing 1% of its net profits annually in its social impact programmes nad initiatives.

These include the GoTrade programme, which gives SMEs from developing countries access to global markets; the GoHelp diaster response program that provides emergency logistical assistance quickly and free of charge in the event of a disaster; and the GoTeach program, which improves the employability of young people living in social disadvantaged circumstances.