How the EU could and should tackle women in STEM shortage 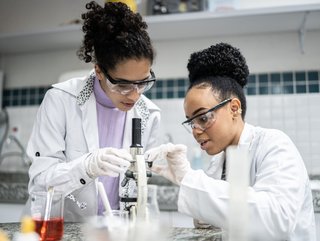 With women under-represented in STEM and a huge skills shortage across tech and engineering, organisations and societies must do more to help

It’s a truth universally acknowledged that women and girls who seek to advance their STEM education have long faced huge challenges in a field traditionally dominated by men.

And while the past few decades have seen the global community make increased effort in inspiring and engaging women and girls in science, and women have themselves made tremendous progress towards increasing their participation in higher education, they remain under-represented – but even more so in the workplace.

This issue was highlighted at the recent TECH LIVE LONDON event with a stream dedicated to Women In STEM hosted by our sister publication March8.

Women are under-represented in STEM, but especially in the workplace

While women make up 47% of the total workforce, they are statistically under-represented in STEM, with less than 30% of the world’s researchers being women, while the share of women CEOs in tech companies is just 10%.

According to the UN, in cutting-edge fields such as Artificial Intelligence, just one in five professionals (22%) is a woman; while women account for just 28% of engineering graduates and 40% of graduates in computer science and informatics.

This number is higher in some countries, like India, where 43% of the total graduates in STEM are women, but then the figure drops drastically with just 14% becoming scientists, engineers, and technologists.

This is an issue worldwide, with much less women working in the field than have graduated, proving that support for women in the STEM workplace simply isn’t working.

Hardly surprising when you consider that female researchers tend to have shorter, less well-paid careers and are often passed over for promotion, reports the UN. According to a recent report by the European Institute for Gender Equality, the European Union could increase its GDP per capita to 3% by having more women and girls in the STEM sector. Yet the European Commission says girls are just as likely as boys to work within the sciences but account for only one in three STEM graduates.

Then there is the so-called leak in the pipeline. More women take a Master’s degree in science than men, but they tend to leave the sector more too. This could be caused by the gender pay gap and the lack of women in leadership roles discouraging these young women.

By supporting and encouraging women into STEM, therefore, not only is the tech talent shortage gap bridged, but women can be lifted out of poorly paid work.

STEM careers tend to be significantly more lucrative than non-STEM jobs, so closing the gender gap science and tech will help to close the gender gaps in income. On average tech salaries are nearly 80% higher than those for non-tech jobs, Tech Nation’s report reveals.

Initiatives and programs help to provide STEM support and funding

To help close the gender gaps, and improve the future of women in STEM, a collective effort is needed from teachers, industry leaders, society, government, and individuals, to build strong pipelines of women through early mentorship, funding, and reskilling.

Various non-profit and other organisations are also working to provide support, mentorship, funding, and scholarships at different levels and towards different groups, designed to bring more women into STEM. AFS Global STEM Accelerator with a focus on refugees

One of the latest initiatives rolled out on a global level focuses on helping to advance girls and women most in need into STEM, including those from low-income households and those who are refugees.

Recognising that recent events has seen the population of refugees soar to 89.3 million, of which nearly one-third (27%) are women and girls under 18, the AFS Global STEM Accelerator – a joint initiative by global non-profit AFS Intercultural Programs and bp – is a full-scholarship, virtual exchange program designed to provide 180 young women worldwide with access to education in sustainability, STEM, and positive social impact.

The program received 1,083 applications from 71 countries, including Afghanistan, Ukraine and Syrian refugees in Turkey, and of the 180 scholarships provided, 20% were refugees, 82% women/girls of colour, and half were from low-income households.

A further initiative, now in its second year, addresses STEM inequality at a higher educational level.

According to data from UNESCO, fewer than 30% of researchers worldwide are women and only 30% of female students select STEM-related fields in higher education. Globally, female students’ enrolment is especially low in ICT (3%), natural science, mathematics, and statistics (5%), and engineering, manufacturing and construction (8%).

To help address this, the British Council runs a scholarship programme in partnership with 26 UK universities with the aim of benefiting women from all over the world, including the Americas, South Asia, Southeast Asia, Egypt, Turkey and Ukraine. It provides women with a scholarship to study a master’s degree, or an early academic fellowship in a STEM program in a leading UK university.