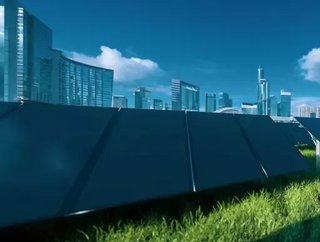 The European Union can achieve net zero emissions by 2050 without compromising on prosperity, shows a report from McKinsey & Company...

The target for the European Union to achieve net zero emissions by 2050 without compromising prosperity is explored in a new in-depth report from consultants McKinsey & Company.

This proposal comes one year after the European Commission pledged to make the bloc climate-neutral by 2050. In a bid to help with the planning efforts of business leaders and governments McKinsey & Company has outlined a cost-effective pathway for achieving the climate goal.

“This cost-optimal pathway illustrates the technical feasibility of reducing the EU’s emissions 55% by 2030 compared to 1990 levels and reaching net-zero by 2050. It also shows that decarbonising Europe can have broad economic benefits, including GDP growth, cost-of-living reductions and job creation,” comment McKinsey & Company.

“Advances over the last decades have put climate neutrality within reach. But laying the foundation in the next decade will be critical to achieving this goal.”

Reaching net-zero would require investing an estimated €28 trillion in clean technologies and techniques over the next 30 years, highlights the 204-page report, How the European Union could achieve net-zero emissions at net-zero cost.

It is predicted the net-zero transition would create an estimated 11 million jobs while eliminating 6 million, resulting in a net gain of 5 million jobs. Many of the new jobs would be in renewable energy (1.54 million), agriculture (1.13 million), and buildings (1.1 million).

“Reaching net-zero emissions could require retraining up to 18 million workers, especially to fill jobs that currently do not exist (almost 3.4 million by 2050) and those lost during the transition (2.1 million by 2050).”

“To reach net-zero, the investments and cost savings would be higher in some of these sectors than others,” says the report.

“Although implementing clean technology would require additional investment, it would ultimately lower operating costs. From 2021 to 2050, the EU would save an average of €130 billion annually in total system operating costs. By 2050, these measures would reduce total system operating expenditures by €260 billion per year, more than 1.5% of the current EU GDP. Most of these savings would be in transportation,” comment McKinsey & Company.

If the decarbonisation costs and savings were passed through to households, the report claims the aggregate cost of living for an average household in a climate-neutral EU would be the same as it is today.

“Because wind and solar power generation technologies are already available at scale, power would be the quickest sector to decarbonise, reaching net-zero emissions by the mid-2040s. The demand for power would double as other sectors switch to electricity and green hydrogen, requiring renewables production and storage capacity to be rapidly scaled,” says the report.

Agriculture is identified as the most challenging sector because more than half of its emissions come from raising animals for food and can't be reduced without significant changes in meat consumption or technological breakthroughs.

A successful decarbonisation pathway requires deploying and scaling net-zero technologies. The journey for any single technology from Research & Development (R&D) to deployment and commercial competitiveness depends on a complex system of models and stakeholders.

Rapidly scale cost-competitive technologies and business models to reduce near-term emissions. The scale-up of mature and early-adoption zero-emissions technologies is crucial to meeting targets. These include solar and wind power, EVs and charging infrastructure

McKinsey & Company is also calling on stakeholders to take decisive action and address these five hurdles to accelerate the transition:

“To achieve these benefits, the EU has a long road ahead. In 2017 the EU-27 countries emitted 3.9 GtCO2e, including 0.3 GtCO2e of negative emissions. Although this accounts for only 7% of GHG emissions, the EU achieving climate neutrality could serve as a blueprint for other regions and encourage other countries to take bolder action,” says the report.