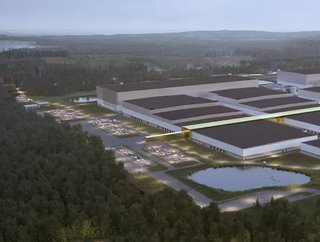 Northolt is a firm of many firsts. Not only has the Swedish startup built Europe’s largest battery manufacturing plant, but at the end of December 2021, it became the first European company to fully design, develop and assemble a battery at a gigafactory – marking a new chapter in European industrial history.

The Swedish startup, which was valued at US$12bn by investors in June 2021, currently leads European efforts to build a domestic supply chain for lithium-ion batteries, which are needed to power electric vehicles.

As electrification sweeps across industries, battery cells are in high demand, but in short supply, and of those currently being manufactured, it is mainly in the US and Asia.

But since its founding in 2016, Northvolt’s plan has been to change this, to position itself against the big US and Asian players, among them Tesla, Samsung, LG, Panasonic and CATL, and target a 25% share of the European market by 2030.

And so far, its plan is working, and ahead of time. With backing from heavyweight industrials including BMW, Scania, Volkswagen, Volvo Cars and Ikea and a total of US$30bn taken in orders, Northvolt has built the world’s largest gigafactory (Northvolt Ett), in Sweden; and has begun battery-making production with its first lithium-ion cell battery rolling off the production line at the very end of 2021.

“Of course, this first cell is only the beginning,” Peter Carlsson, CEO, said in a statement. “Over the course of the coming years, we look forward to Northvolt Ett expanding its production capacity greatly to enable the European transition to clean energy.” In order to meet its 2030 capacity target, the company plans to build at least three more gigafactories in Europe.

So, how did this startup, launched just five years ago, get to rival the likes of Tesla and Samsung?

Northvolt – how did they get there?

And both men had the credentials to pull it off, having both worked in global supply chain management for Tesla in California. Peter, formerly global head of sourcing and Elon Musk’s right-hand man, has almost two decades of experience working in manufacturing, purchasing and supply chain operations including with Sony Ericsson in Sweden and NXP Semiconductors in Singapore; while aerospace engineering graduate Paolo, and former VP global supply chain at Tesla, spent 15 years with Renault-Nissan in France, Japan and India.

Within a year of its March 2016 launch, Northvolt was 25-people strong, bringing cell designers from Asia and data model specialists and battery system specialists from Silicon Valley; and by mid-2020, the startup had nearly 700 employees based in three countries and representing over 70 nationalities.

And by the end of 2021, not only was Northvolt valued at US$12bn, but it had two gigafactories operational, US$30bn worth of orders under its Swedish belt, and the world’s greenest battery rolling off production.

Central to Northvolt’s vision is clean energy, recycling and sustainable processes – all geared to ensure that its gigafactory would produce the world’s greenest battery.

Originally announcing it would build one ginormous US$4bn gigafactory (a large-scale battery plant where the annual output is measured in gigawatt-hours, GWh) in Sweden, Northvolt eventually decided to build two factories in two different locations, chosen for their sustainability credentials.

Both factories Northvolt Ett (set to be the largest battery-making factory in the world once fully operational in 2022) and Northvolt Labs, which collaboratively aim to have 150GWh of annual production by the end of the decade, use Sweden’s large amount of renewable hydroelectric power to produce cells as sustainably as possible.

Unlike many battery manufacturers, Northvolt is integrating as much of its supply chain in-house, as it looks to sustainable solutions. Knowing that, from mine to product, the battery industry typically involves a long supply chain and multiple independent players, Northvolt has decided that rather than source materials, it would make its own, including cathode active material, the most expensive bill of material for a battery. And its main gigafactory, Northvolt Ett, is geared up for doing just this, with its active material preparation capabilities.

The gigafactory also has recycling capabilities, part of its goal to recycle its batteries via its programme, Revolt, which is key to Northvolt reaching its goal of 50% recycled material in all new cells by 2030. The programme aims to reuse the same metal elements in batteries bought by suppliers to create the next generation of batteries. And in November 2021, Revolt produced its first battery cell featuring 100% recycled nickel, manganese and cobalt.

“Today’s supply chain in the battery industry is extremely complex and convoluted… there is still a lot of dependency from mostly Asian suppliers,” says COO Paolo Cerruti. “Our idea and goal is to create a supply chain which is as compact as possible so it is as close to us as we can get. We believe that this is possible and opens – especially when it comes to critical metals – opportunities in cost, working capital, and transparency on where the material is coming from. And all this contributes to our vision to accelerate the transition to sustainable transpiration in society.”

Northvolt has also built an R&D centre that plays a crucial role in the early development of cell products, including the first prismatic cell in early 2019, and the first cylindrical cells in January 2020.

Northvolt’s unique positioning and leading efforts in generating these much-needed batteries both for Europe and the rest of the world has attracted a lot of attention and investment.

Since securing its first industrial partner in Swedish-Swiss technology company ABB in September 2017, Northvolt has been building partnerships and securing supply agreements.

Northvolt has partnered with wind power leader Vestas on lithium-ion battery platforms for its power solutions; with Scania on developing and commercialising battery cell technology for heavy commercial vehicles; and with Siemens, to digitalise the factory design process with the goal of making Northvolt its preferred supplier of batteries.

The company has also secured orders from leading carmakers, including Volkswagen, BMW, Volvo Cars and Polestar, and has the financial backing of some of Sweden’s biggest business players including Spotify CEO Daniel Ek, Scania, Ikea and Goldman Sachs, as well as from the public sector including a €13.6m grant from the Swedish Energy Agency.

What does the future hold for Northvolt?

Commercial deliveries of its batteries begin this year (in 2022), with planned production of up to 60 GWh in the coming years, enough to supply batteries for around 1 million electric vehicles.

This is not enough however to supply Northvolt’s current order book of US$30bn, and so the now US$12bn company is using its financing raised, a total of US$6.5bn, to help it expand its operations.

There are plans to build two more gigafactories in Europe, with the aim of150GWh of annual production by the end of the decade, as well as a factory with Volkswagen, which has US$14bn of orders with Northvolt and owns a 20% stake in the business.